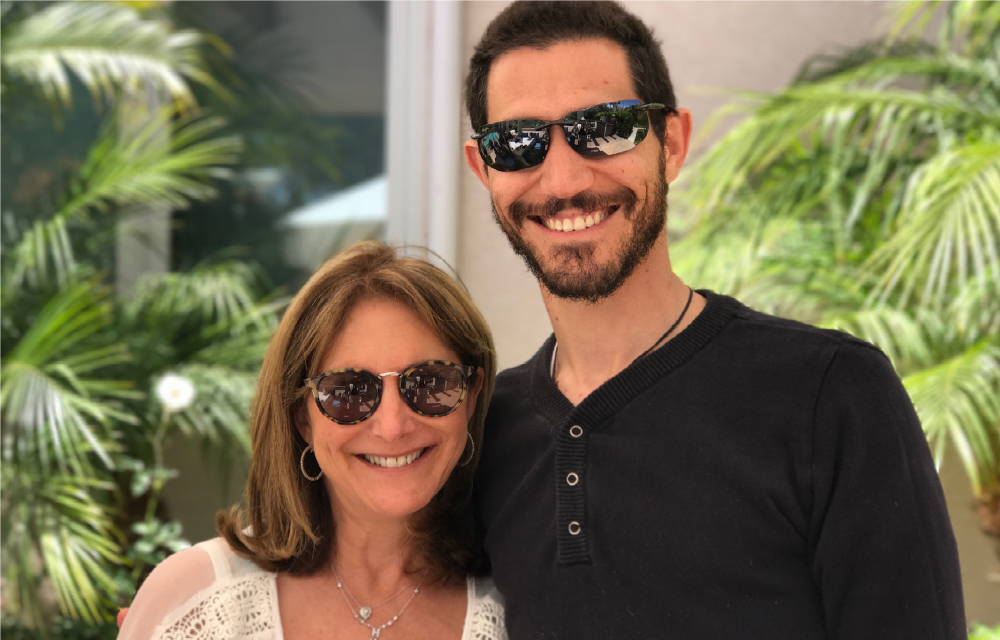 Thursday’s Patient Spotlight highlighted Adam Meyer, who suffers from Gaucher’s disease. Adam’s mother, Mandi, was also able to speak with us about raising a son with a chronic condition.

When Mandi learned that doctors had diagnosed Adam with Gaucher’s disease in 1982, she learned as much about the disease as she could. At the time, there were limited resources and not much was known about the fatal disease.

“I remember one doctor said to me that Adam wouldn’t live to see his sixth birthday and told us to enjoy our time with him,” Mandi remembers. “I told him he’d be the first person I’d send Adam’s bar mitzvah invitation to.”

Gaucher’s disease is a rare, hereditary condition that occurs when enzymes aren’t able to breakdown fatty substances in certain organs, especially the spleen and liver. Consequently, organs tend to be enlarged and their function is impaired.

“Adam was never defined by his illness growing up,” said Mandi. “It’s really amazing, considering all he went through.”

As a mother of a child with a chronic disease, Mandi believes that a sense of community and togetherness helped her raise Adam while coping with the disease in her own way: “When Adam was diagnosed, I received a random call from a mom whose son had been diagnosed with cancer. She told me that I would learn from Adam, and I have. Every day.”

After a doctor agreed to place Adam on a treatment trial specifically for patients with rare diseases, the Meyers decided to move to San Diego so Adam could participate. “At the time, Adam’s medication was one of the most expensive in the country. Fortunately, most of Adam’s critical and lifesaving medication turned out to be free because he of the trial.”

Mandi remembers: “As Adam’s mom, I had to be his biggest advocate. Whenever there was a new trial or opportunity for Adam, I refused to take no for an answer. So many times, I would tell the doctor ‘I don’t know what you mean by no, what are our other options?’”

Now that Adam is an adult, he and his mom remain close and both have stayed in San Diego. Says Mandi, “Adam continues to inspire me every day.”

As for the doctor who told Mandi that her son wouldn’t live to see his sixth birthday? “He was the first person I mailed Adam’s bar mitzvah invitation to.”

At the Chronic Disease Coalition, we fight to put patients’ rights before insurance profits. Join us to support chronic disease patients, advocates and their families.