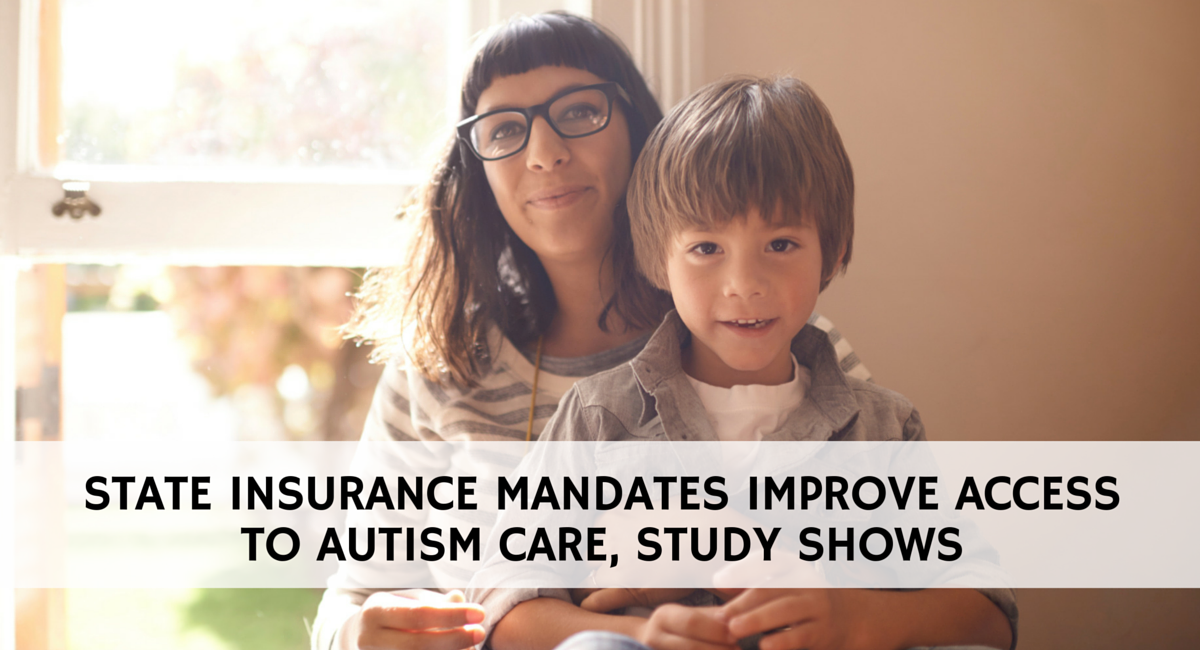 A new study in the journal JAMA Pediatrics demonstrates the importance of adequate health insurance coverage for the treatment of autism. A team led by David Mandell, a researcher from the University of Pennsylvania’s School of Medicine, found that states with mandates requiring commercial insurance carriers to cover autism screening and care were more likely to see children properly diagnosed and treated for the disorder.

In addition, the number of children receiving treatment for autism increased the longer a state mandate was in effect. The study found that in states with an autism coverage mandate, there was a reported 10 percent increase in the number of patients receiving care one year after the mandate’s introduction. After three years of a mandate being in place, that increase was reported to be 18 percent.

These results have been widely touted by autism advocates as evidence of the need for such mandates. Autism Speaks, an organization that works to expand treatment options for those with autism, released a statement in response to the study.

“This study reinforces Autism Speaks’ long-standing position that autism insurance mandates are a critical tool to ensure every individual receives the evidence-based health care for autism they deserve,” the organization said.

Currently, 44 states mandate that insurance carriers provide autism screening and treatment, up from just one in 2001.
The rapid spread of these insurance mandates is a great development in chronic disease care. With so many insurance companies trying to scale back the benefits they provide to those with chronic conditions, it is heartening to see the momentum going in the other way for once.

However, barriers to treatment remain, such as unreasonably low reimbursement rates from insurance companies for treatment, lengthy accreditation processes for willing providers of services to autism patients and more, according to Autism Speaks.

These barriers exist for many people with chronic health conditions. The Chronic Disease Coalition has covered a few such instances that you can read about by clicking here, here and here. Across the nation, we need insurance plans that offer adequate provider networks that actually meet the needs of the patients they are designed to serve. Insurance mandates are a great first step toward ensuring adequate access to health care.