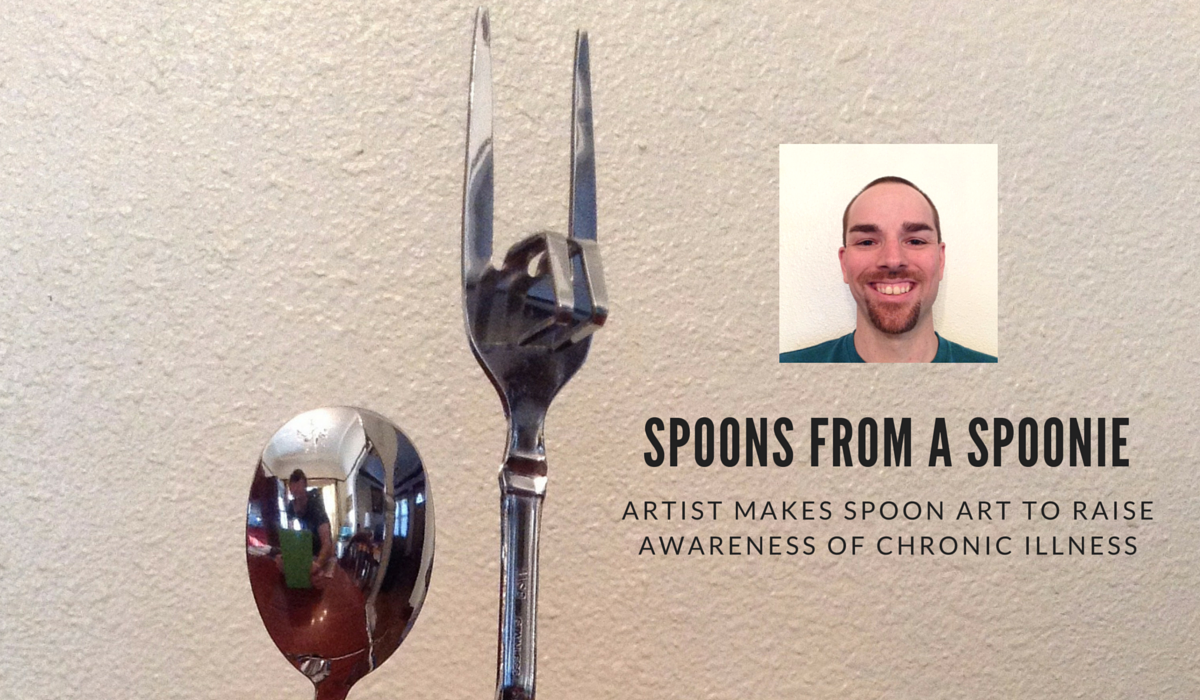 People respond to hardship in different ways. For Nick Lutes, a heating and air conditioning technician from Milwaukee, Wisconsin, his response has always been creativity.

“I like challenges,” he told the Chronic Disease Coalition in a recent interview. “I like solving problems.”

This penchant for creativity has served him well in recent years. In 2010, Lutes was having serious health problems. He was constantly fatigued and experiencing frequent muscle pain to the extent that he could no longer work. He had been to numerous doctors over the years, but none had been able to give him a definitive diagnosis. Eventually, a doctor at the Mayo Clinic diagnosed him with fibromyalgia. She told Lutes that it was one of the worst cases she had ever seen.

Being diagnosed with a chronic health condition was difficult for Lutes. He had always enjoyed working with his hands, having learned how to fix machinery from his dad at a very young age. Unfortunately, his mechanical inclinations ran straight into the realities of chronic illness.

Fibromyalgia is a rare, musculoskeletal disease that comes with a number of debilitating symptoms. Chief among those is heavy fatigue. Lutes was constantly exhausted because of his illness, and it prevented him from doing the hands-on activities that he had loved to engage in before his diagnosis. He felt his skills start to deteriorate, which bothered him.

Lutes fortunately did not have long to despair. One day his wife was showing him homemade jewelry and rings that had been made out of utensils. Without really thinking about it, Lutes responded, “I can do that.” And do that he did. He set up a special work bench in his house where he could work sitting down on his good days and quickly set about making key chains, dog tags and bracelets ̶ all from spoons.

The spoons, Lutes explained, have an added significance for those with chronic diseases. Their meaning comes from a 2003 essay written by Christine Miserandino that laid out the basics of what is now known as Spoon Theory.

“Spoon Theory,” Lutes told the CDC, “is a way of describing the relationship between chronic disease and energy. Each spoon represents a certain amount of energy, and as a chronic disease patient you only get so many spoons. Showering might take one spoon. Vacuuming the house would be two spoons.”

Making art from spoons allowed Lutes to take his mind off of his own condition and to help other chronic disease patients (or “spoonies,” as some like to say) come to terms with theirs.

A lot of the art he makes is bought by other spoonies. Lutes makes these pieces in the hopes that they will give the recipient something to feel proud of and as a way of starting conversations and building awareness about the spoonie community. So far he has been incredibly successful, selling his wares on Etsy to spoonies all over the world.

Chronic disease can be a difficult thing to cope with and an easy thing to ignore. Through his spoon art, Lutes has been able to tackle both of these problems, finding a creative outlet for his illness and helping to raise awareness about chronic conditions in the process.