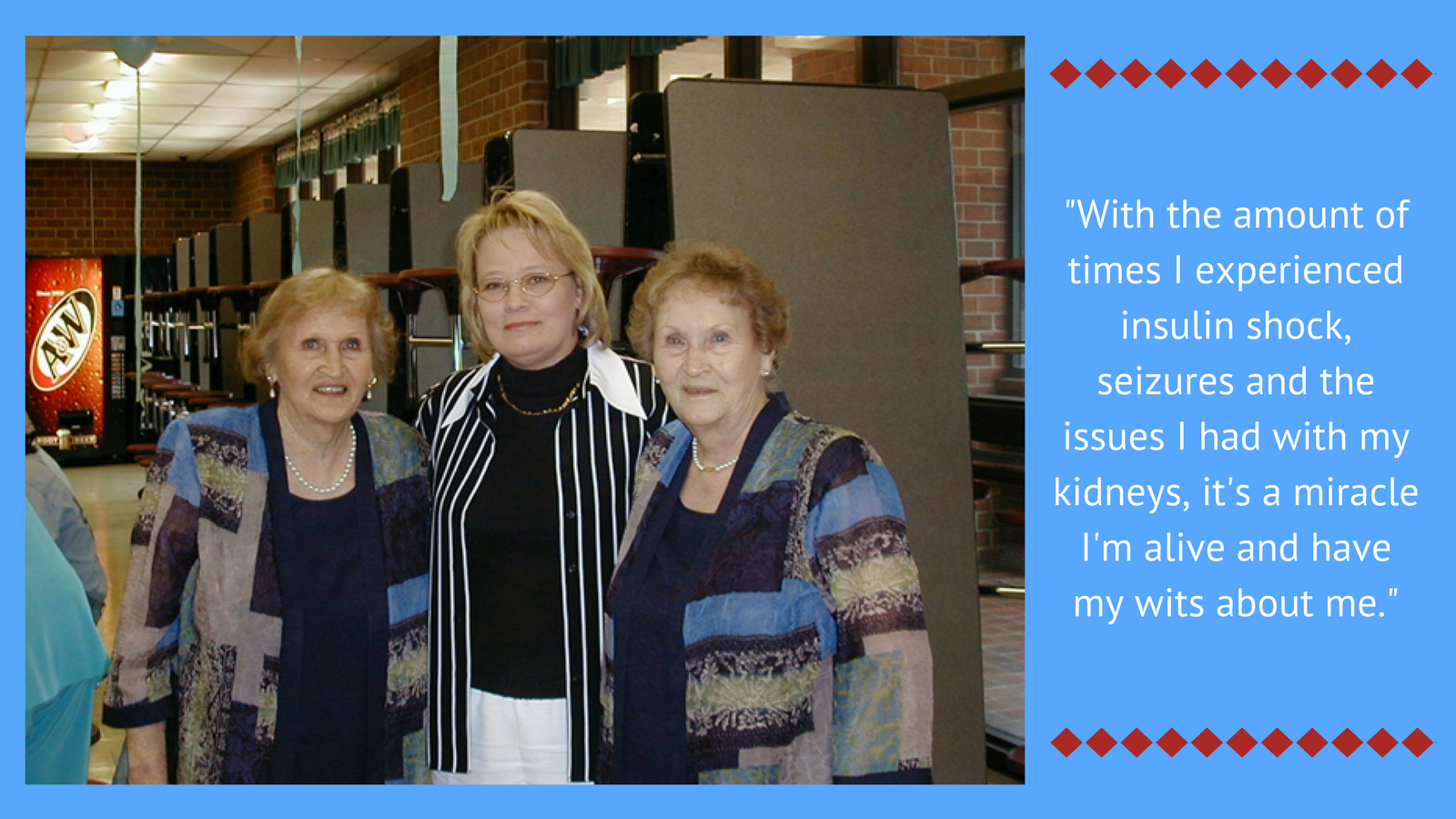 Fifty years ago, diabetes was treated vastly different. Patients’ frequent doctor visits focused on monitoring glucose levels, which patients did at home by using Tes Tape – a strip that tested sugar levels through a urine sample. Tape results were often inaccurate and frustrated doctors and patients who were unable to effectively treat the disease. At 63, Barbara Hodge, a type 1 diabetic from North Carolina, has experienced the evolution in diabetes treatment technology.

As a young girl, Hodge was frail and often experienced severe kidney pain. At 13, she was diagnosed with type 1 diabetes and had no way to monitor her blood sugar levels, as home glucose monitors weren’t common until the late 1970s.

Hodge remembers the difficulty of managing diabetes during this time: “I would go in and out of insulin shock at night. My parents didn’t know how to treat my disease. There wasn’t much you could do at home, so my mom would rub jelly on my gums and fix me a peanut butter sandwich when I came out of insulin shock.”

In the early 1980s, Hodge was given a glucose monitor but she still had issues regulating her disease. Her blood sugars periodically dropped below 30, causing her to have severe grand mal seizures – the result of hypoglycemia. During this time, Hodge almost lost her right kidney. According to the National Kidney Foundation, nearly 30 percent of type 1 diabetes patients will eventually suffer from kidney failure.

Says Hodge: “Over the years, I am surprised at how healthy I am today,” said Hodge. “With the amount of times I experienced insulin shock, seizures and the issues I had with my kidneys, it’s a miracle I am alive and have my wits about me.”

When stress from her job left Hodge unable to control her diabetes, which resulted in high blood sugars over 500 for long periods of time, she retired. Hodge’s tumultuous experience with insurers began after a former business partner did not honor a legal business agreement that would secure her position as a shareholder in the company and allow her to keep her salary and health insurance after she retired.

Hodge was forced to change her insurance to a high-risk pool plan, which resulted in changing doctors and raised the cost of insulin beyond what she could afford. Hodge turned to charities who were able to supply her with the insulin necessary to manage her disease.

Now, Hodge relies on an insulin pump which she has used to successfully manage her disease for nearly two decades. At 63, Hodge is worried about her upcoming switch to Medicare, which covers 80 percent of the costs associated with treatment for her disease. A 90 day supply for her insulin pump and supplies cost over $6000 dollars, leaving Hodge to pay for 20 percent of this cost and a hefty deductible.

“I will likely have to go back to using the needle,” explains Hodge. “With the insulin pump and wearing a continuous glucose sensor, I have the security of an alarm that wakes me up at night if my blood sugar drops below 60. This technology gives me peace of mind knowing my levels will be under control.”

Hodge’s story reminds us of the medical advancements we all can be thankful for. During a time when diabetes treatment was minimal, she survived and learned ways to stay healthy and live the life she wanted. An upcoming battle is on the horizon for Hodge as she seeks finances to cover her insulin pump and supplies. She remains resilient and steadfast in finding ways to combat the costs thrust on her by insurance companies. Join us as we work to make sure patients have access to treatment that works best for them.