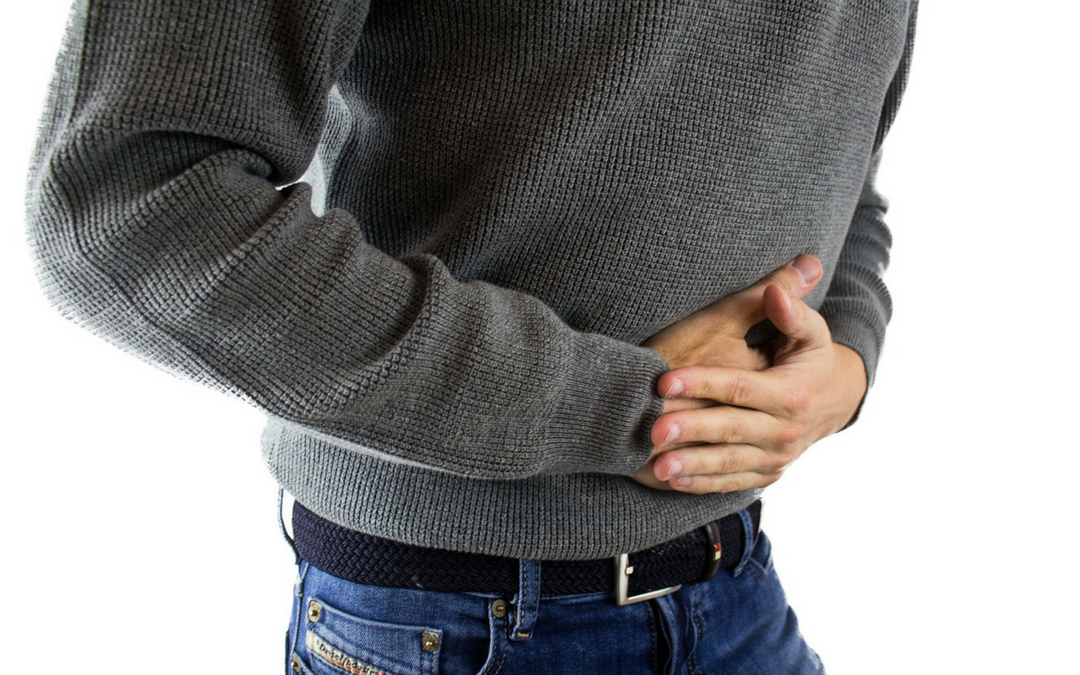 I was surprised when I opened the unmarked package and discovered a certain type of personal hygiene product that I was supposed to put on. Yet it wasn’t until I read the instructions that followed that I realized just how far out of my comfort zone I would be that day. The instructions, sent via a message app on my phone, were simple: Go put this on, or don’t and “take the risk.”

I was participating in a program called “In Their Shoes,” designed to help legislators, health reporters, policy leaders and other concerned citizens understand what it’s like to live with Crohn’s disease. As someone who lives (in reality) with other chronic diseases and leads a patient advocacy organization, it made sense that I was recruited to participate in the Crohn’s simulation.

Technology, accessible on an iPhone, and a FedEx package was all it took to participate. Through an app I created a patient profile then followed prompts once the simulation began. In the package were several items commonly used by patients battling Crohn’s disease, each individually wrapped in brown paper. Upon instruction during a three-hour period, I opened these and used them as directed. While I wish I care share the full range items contained in those packages, I’m not giving away the secret in hopes of protecting the experience for future participants in the simulation.

During the simulation, which was designed as much as possible to reflect the real challenges and suffering of someone living with a Crohn’s flare-up, I was required to give the disease constant attention – as well as try and go about my day as best I could. Among other things, I learned what it may be like to experience intense discomfort from intestinal pressure, to make frequent trips to the bathroom, and how food intake and hydration contribute to changes in the condition.

Several items in the bag were used as preventative measures to ensure I could properly manage a flare-up with as little embarrassment as possible. Throughout the simulation, I was asked to choose between using an item or taking the “risk”. On one such occasion, I chose the risk and was faced with the consequences.

For me, it was just pretend. For thousands of people suffering with this disease, these consequences are all too real.

Chronic disease patients, whether they have Crohn’s, diabetes, MS, arthritis, kidney disease or countless other health conditions, have unique challenges. It is nearly impossible for someone without a particular disease to understand the life and challenges of someone with that disease. Despite good intentions, it’s nearly impossible to walk “in their shoes.” Nevertheless, while we may not fully understand the day-to-day challenges of someone with a chronic illness, it is still our collective responsibility to ensure as best we can that the lives of people living with chronic diseases are not unduly burdened beyond what those people must already contend with.

It takes courage to deal with Crohn’s, diabetes or any other chronic disease. We should recognize and applaud this courage, while also ensuring that these same patients are not caught in the crosshairs of mindless insurance company bureaucracies, which too often treat patients as little more than costs to be avoided. In just one of many examples, Crohn’s patients (or any other patient) shouldn’t have to “fail first” with cheaper medications and inadequate treatment before insurance companies will authorize treatments that actually work.

We can do better than this. We can walk in a patient’s shoes as best we can. And we can fight to make sure that we are a just society that treats patients with the respect and dignity they deserve.

Scott Bruun, a former state legislator from Oregon, is executive director of the Chronic Disease Coalition and member of the American Diabetes Association’s National Advocacy Committee.