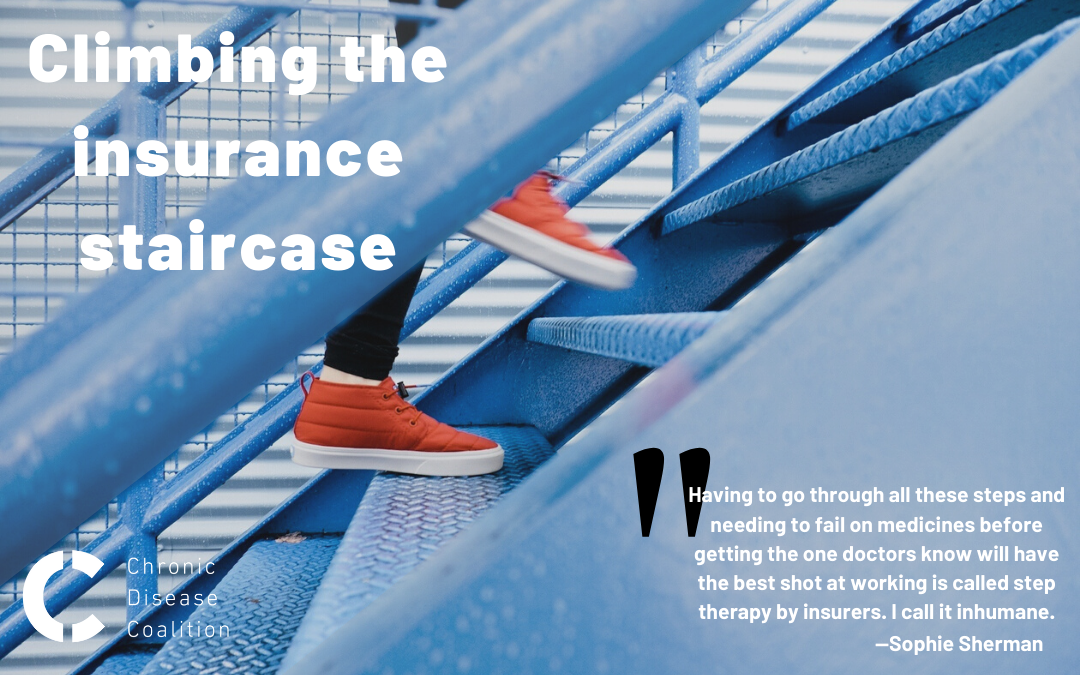 Living with a chronic illness can be a difficult experience for patients, causing them to miss life events, battle chronic pain and overcome financial obstacles; however, those that don’t struggle with a chronic illness may overlook the grim reality that insurance companies have created for treating chronic symptoms. Many insurance companies utilize various protocols, such as step therapy or prior authorization, to minimize the cost of care. These protocols can have devastating outcomes for patients, as seen in these three cases, proving once more that insurance companies put profits over patients.

At age 11, Sophie Sherman was diagnosed with psoriatic arthritis and began treating her disease according to the options her insurance company provided. After months of trying an oral medication with terrible side effects, Sherman switched to an injection medication that provided the relief she needed to live.

However, after she developed an immunity to the injections, Sherman’s doctor recommended that she switch medications, a seemingly easy task. But there were hidden roadblocks. Despite the doctor’s recommendation to switch, Sherman’s insurance provider required that she attempt the same injection medication at a higher dose for three months, and after those three months the dose would be upped for another three months before the other doctor-prescribed recommended options would be covered.

“Having to go through all these steps and needing to fail on medicines before getting the one doctors know will have the best shot at working is called step therapy by insurers. I call it inhumane. During this process, I was in pain and exhausted, and my arthritis went unchecked,” Sherman says in her Milford Daily News column.

Entering her senior year in high school, Sherman is hoping she can get the care she needs to enjoy life without having to fail first. Sherman is fighting these injustices in Massachusetts by advocating for legislation that protects patients’ rights. Read Sherman’s story and learn about her fight for patient justice here.

Chuck Graham was diagnosed with an aggressive brain tumor after experiencing balance issues in January this year. Handling this unexpected news can cause anyone anxiety, but his family did not expect Chuck’s treatment plan to be equally as difficult.

After receiving a recommendation for a laser operation from his neurosurgeon, Graham was denied coverage from his insurance provider, which claimed the surgery was “experimental” and “investigational,” the Cleveland News 5 story recently reported. Graham appealed the decision but was sent home from the hospital after the insurer’s approval never arrived.

Luckily, he was able to utilize an external review organization that overturned the decision, providing Graham with the surgery he needed in just two weeks.

“I just want people to understand their rights and to find their voice,” Graham’s daughter told Cleveland News 5. “I would say don’t give up.”

3. Sammantha Dorazio waited years for the care she needs

Sammantha Dorazio was diagnosed with rheumatoid arthritis as a senior in high school, but because of insurance protocols it took her four years to get the medication she needed to manage her symptoms.

This process forced Dorazio to give up sports and classes to deal with crippling side effects and symptoms. Dorazio has since been able to manage her symptoms and is now pursuing her nursing degree as well as advocating for patient rights through testimony and legislation.

This media spotlight reveals the tall, winding staircase that stands in front of many chronic disease patients. Step therapy protocols restrict access to quality care and force patients to try medications with sometimes crippling side effects.

Learn more about patient rights and submit your own story on our website.