Cancer Rates Fall in Some Countries, Rise in Others 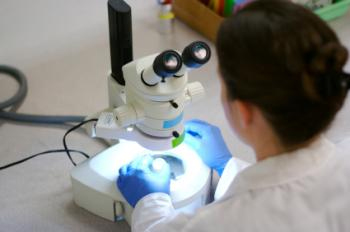 [/imageframe]Cancer rates have fallen in many high-income countries but have risen in countries with low and middle incomes, according to research published in Cancer Epidemiology, Biomarkers & Prevention.

According to World Cancer Research Fund International, there were an estimated 14.1 million cancer cases worldwide in 2012, of which 7.4 million cases were in men and 6.7 million in women. This number is projected to increase to 24 million by 2035.

For women, breast cancer was the most common cancer worldwide, contributing more than 25% of the total number of new cancer cases. Breast, colorectal and lung cancers contributed more than 43% of all cancers. Cervical cancer accounted for nearly 8% of all cancers in women.

For men, lung cancer was the most common cancer, accounting for nearly 17% of the total number of new cases diagnosed in 2012. Lung, colorectal and prostate cancer contributed nearly 42% of all cancers. Other common cancers that contributed more than 5% were stomach cancer and liver cancer.

Cancer rates down in Western countries, up elsewhere

In high-income countries, screening and detection efforts have improved in recent years, and risk factors such as smoking have decreased, resulting in lower the incidence and mortality rates from several common types of cancer.

However, many low- and middle-income countries have seen a growth in risk factors that are typical of western countries, such as smoking and unhealthy diet, leading to a higher prevalence of cancer.

Cancer is a leading cause of death worldwide in countries of all income levels, and the number of cancer cases and deaths is expected to grow rapidly as populations grow, age and adopt lifestyle behaviors that increase cancer risk.

Lindsey A. Torre, epidemiologist at the American Cancer Society, and colleagues analyzed incidence and mortality data for the years 2003-07 from the International Agency for Research on Cancer (IARC) Cancer Mondial database.

The database includes incidence data through 2007 from a collaboration between the IARC and the International Association of Cancer Registries called Cancer Incidence in Five Continents, and mortality data through 2012 from the WHO Cancer Mortality database.

The data is from 50 countries worldwide, selected to represent various regions.

The incidence and mortality of many of these cancers have decreased in high-income countries, but risen in low- and middle-income countries due to factors that may include lifestyle changes and lack of appropriate screening or prevention measures.

“This study gives us important clues about the epidemiology of cancer and gives us some ideas about what we could further investigate to improve global public health.”

Limitations of the study include the variation in reporting standards from one country to the next. For example, registration of death is not required by law in some nations, so the mortality data may not be fully representative.

Also, data collection in many countries focused only on urban centers and may not be representative of cancer incidence and mortality across a whole country’s population.

Medical News Today recently reported on research investigating why many women who are treated for breast cancer then go on to develop leukemia.