Even the Insured Often Can’t Afford Their Medical Bills: Four takeaways from The Atlantic’s coverage of charitable patient assistance 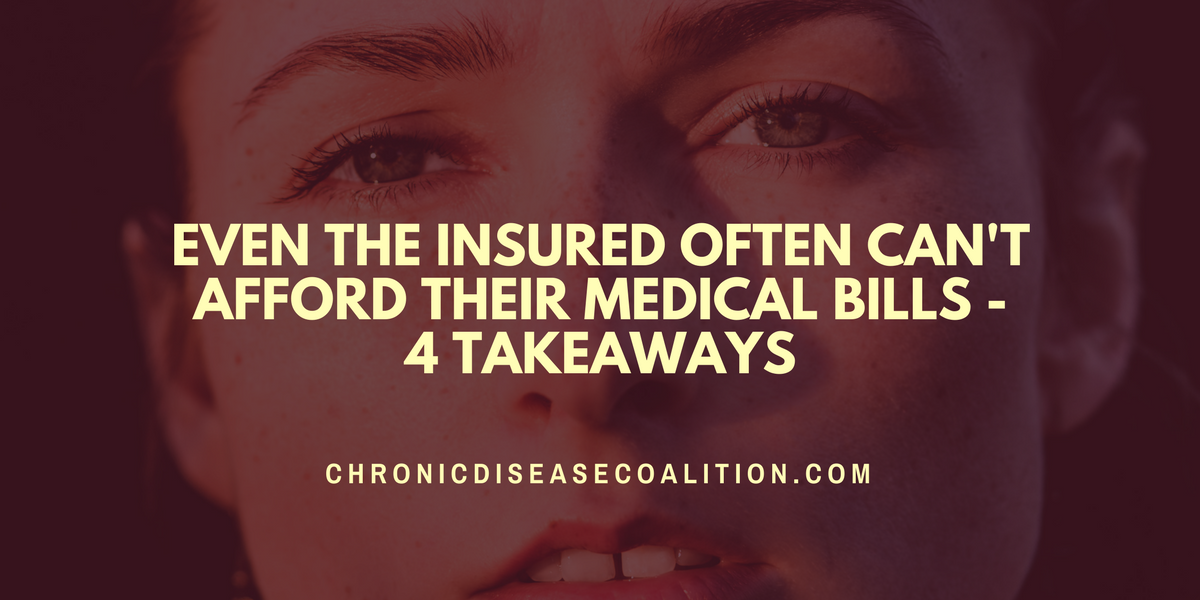 A recent article in The Atlantic put a spotlight on the overwhelming importance of financial aid programs that help people access the health care they need to survive.

Entitled “Even the Insured Often Can’t Afford Their Medical Bills,” the article focused on charitable assistance programs used by many patients with chronic or otherwise long-term and serious health conditions such as kidney disease, cancer and others.

People with health insurance frequently still can’t afford their doctor, hospital, prescription or other medical bills and often must turn to charitable assistance programs to make up the difference, the article stated.

Following are four important takeaways from the news.

1. Even a gold-plated insurance plan with a low deductible and generous reimbursements has holes.

With today’s insurance coverage, certain pharmaceuticals might require higher co-pays – or they might not be covered at all. Health plans that cap out-of-pocket spending might set higher and higher caps, requiring consumers to take on an increasing portion of the burden for their medical care. In-network and out-of-network deductibles can differ significantly, again shifting more costs to the patient.

2. Financial stress from health care costs can cause damage to a family’s finances – or worse.

The article noted a 2015 poll by the Robert Wood Johnson Foundation and the Harvard T.H. Chan School of Public Health showing that 26 percent of those surveyed felt medical bills caused severe damage to their household’s bottom line.

The Consumer Financial Protection Bureau has also reported that medical debt is the most common reason for someone to be contacted by a debt collector, according to The Atlantic.

And studies, including one published in the Journal of Clinical Oncology, have found that cancer patients who declare bankruptcy are significantly more likely to die than those who did not go bankrupt while dealing with their illness.

3. In this environment, it’s no wonder that people turn to charitable patient assistance programs to help pay their medical bills.

The types and the patients these programs are available for vary. Programs range from crowdfunding campaigns such as GoFundMe, to CancerCare financial assistance, to premium assistance grants from the American Kidney Fund, to hospital or small foundation programs.

What they have in common is that they typically offer a financial lifeline to patients during a time of great need.

Savannah Dray of Florida relied on charitable help to deal with the high costs of treating colon cancer.

Lori Noyes, a nurse in California, has received help from American Kidney Fund to pay for her Medicare premium and receives transportation assistance from a nonprofit as well, but even with this assistance she still claims thousands of dollars in medical expenses on her taxes each year.

Daniel McCarthy of New York received financial aid from The Heather Pendergast Fund after his daughter was treated for a kidney tumor. The charitable assistance was especially needed because of the impact his daughter’s medical needs had on his ability to work as much, according to the article.

4. What the article left out: Many insurance companies are now trying to cut patients with long-term health problems from their plans by refusing to accept their premiums or co-pays if they rely on these widely used programs.

From the blind woman who needs kidney dialysis in Tennessee, to the Idaho man with multiple myeloma who needs medication after a stem-cell transplant, Americans are seeing their health insurance coverage rejected because they have relied on charitable assistance programs.

For insurance companies, doing this allows them to get rid of patients on their plans who have more serious health needs. But it’s discrimination, and it’s wrong. Please join us to stay informed on these issues and stand up for the millions of people living with chronic diseases. Please click here to get involved.