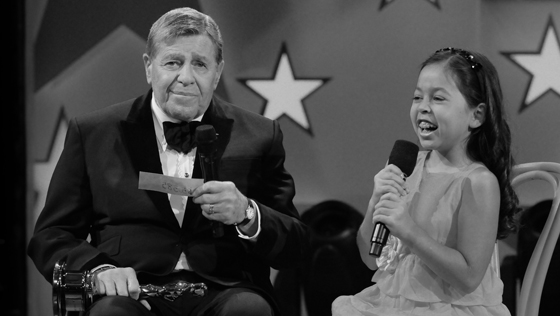 We will all remember Jerry Lewis as a fun-loving comedian, actor, producer, singer and humanitarian. Although he is gone now, the legacy he built in support of muscular dystrophy patients is timeless.

Lewis knew how to entertain, beginning with a role in his parents’ vaudeville act when he was only 5 years old. He began pursuing his career in earnest during high school and later met Dean Martin, with whom he started a nightclub act and then later worked with to make 16 movies. And of course, who could ever forget Lewis in his role as “The Nutty Professor”?

Lewis founded and hosted the annual Labor Day telethon for the Muscular Dystrophy Association (MDA). The telethon could last as long as 21 hours, and big names from film, television, music and sports would appear to educate and encourage support for the MDA. Labor Day, Lewis and the telethon became synonymous with entertainment and philanthropic giving. Lewis served patients and the MDA for over 50 years, raising nearly $1.5 billion from his telethons to fund research and advocacy.

Lewis was a tireless champion for muscular dystrophy and other neuromuscular diseases. When he served as the MDA’s honorary national chairman, the organization saw unparalleled progress in medical research and community service.

That service did not go unnoticed. The MDA said this about Lewis: “What Jerry did for our cause is immeasurable – he stood head and shoulders above any other celebrity associated with a specific cause to make sure the world knew about muscular dystrophy and the children and adults who live with it. His relentless determination and commitment to find a cure for neuromuscular disease has profoundly affected the lives of millions of families. We salute him, forge ahead to realize his vision, and honor his memory in gratitude for his extraordinary accomplishments and gifts to MDA.”

The CDC applauds every individual who fights for chronic disease patients. Few have done as much as Jerry Lewis did to raise disease awareness and fight for patient rights to proper treatment – and eventually – a cure.  In his service to others, Jerry Lewis certainly lived a life worth living. We salute Lewis and his monumental legacy.