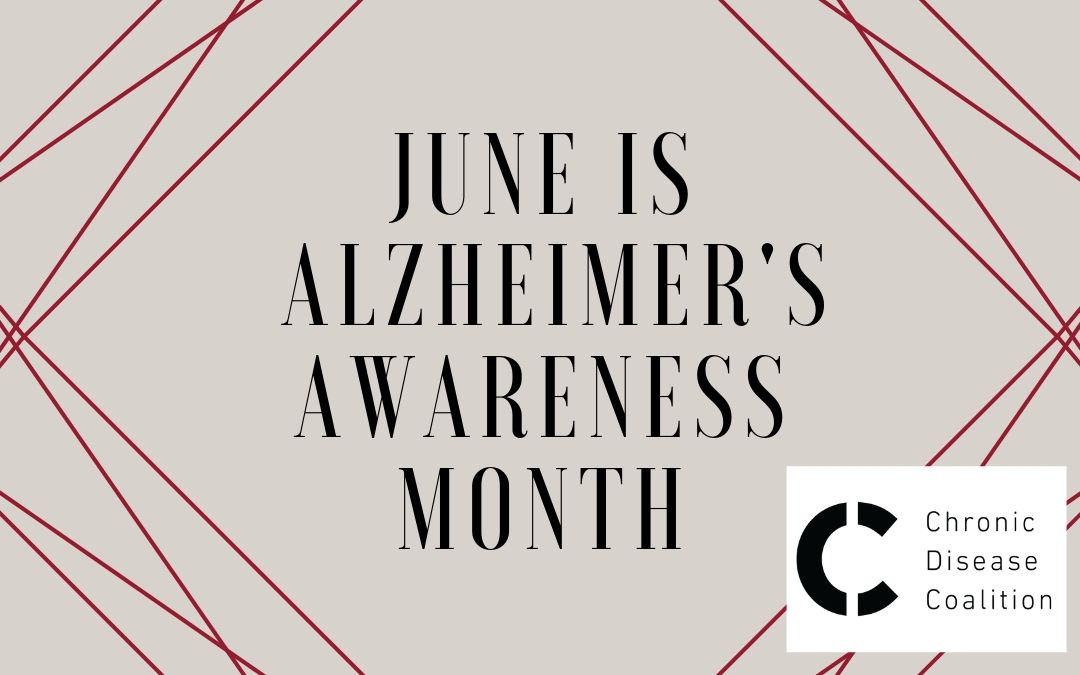 The date was November 5th, 1994. In an open letter to the American people, former president Ronald Reagan wrote:

“I have recently been told that I am one of the millions of Americans who will be afflicted with Alzheimer’s Disease. Upon learning this news, Nancy and I had to decide whether as private citizens we would keep this a private matter or whether we would make this news known in a public way… So now, we feel it is important to share it with you. In opening our hearts, we hope this might promote greater awareness of this condition. Perhaps it will encourage a clearer understanding of the individuals and families who are affected by it.”

President Reagan was one of the millions of Americans who have suffered from Alzheimer’s Disease. His early public advocacy helped raise much-needed awareness and public understanding of the disease.

June is Alzheimer’s Awareness Month, and it’s important to understand the impact of the disease. As of 2019, there are approximately 5.8 million people living with the disease in the U.S. Startlingly, one person is diagnosed every 65 seconds; and between 2000 and 2017, fatalities related to Alzheimer’s rose by 145 percent.

Alzheimer’s is a memory deteriorating disease. Often, people living with the disease forget names, daily tasks, and the proper use of common objects. This can be frustrating for patients, their caregivers and families. As memory fades, patients often revert to memories from their younger days. Dana Larsen, who published a blog post about her grandmother’s experience with Alzheimer’s, recalled “When I ask my grandmother her address, she gives me the exact address of the home she lived at as a child. She talks about her sisters and the boys who interested her in high school. I feel like I’m really getting a chance to know a ‘younger’ version of my grandmother.”

A common bias or misunderstanding is that Alzheimer’s is only found among older senior citizens. In fact, there are currently over 200,000 people living in the U.S. under the age of 65 who have been diagnosed with a form of early onset Alzheimer’s, and that number is growing.

Alzheimer’s is the most expensive disease in America, with estimated costs of $290 billion in 2019. These costs include clinical treatment, hospital stays, costs associated with related conditions (i.e. diabetes, kidney failure), medications, memory services and long-term care. However, there are several costs not included in these statistics, such as the free care given by many family members and friends. In fact, according to data from the Alzheimer’s Association, around 16 million people in the U.S. are not compensated for the care they provide Alzheimer’s patients.

Although Alzheimer’s is a progressive disease, and a diagnosis can certainly lead to anger, fear, and isolation on the part of a patient, it is also often easy to live a normal life in the early stages of the disease. In his letter to the American people, President Ronald Reagan also said:

“At the moment I feel just fine. I intend to live the remainder of the years God gives me on this earth doing the things I have always done. I will continue to share life’s journey with my beloved [wife] and my family. I plan to enjoy the great outdoors and stay in touch with my friends and supporters.”

While there is a long way to go, much is being done to help manage and ameliorate the disease. Through organizations such as the National Institute of Health, the Alzheimer’s Association and many others, millions of dollars are being put into research in dozens of countries worldwide. There are multiple forms of FDA approved medications, which can help patients in all stages of their disease. To quote one of the 5.8 million living in the U.S. with the disease, “Alzheimer’s disease is a part of my life, but it doesn’t define who I am. I do my best to focus on what I can control, rather than what I cannot.”

This month is a wonderful time to appreciate the courage and strength of those living with Alzheimer’s, and the importance of those who love, support, and care for them.