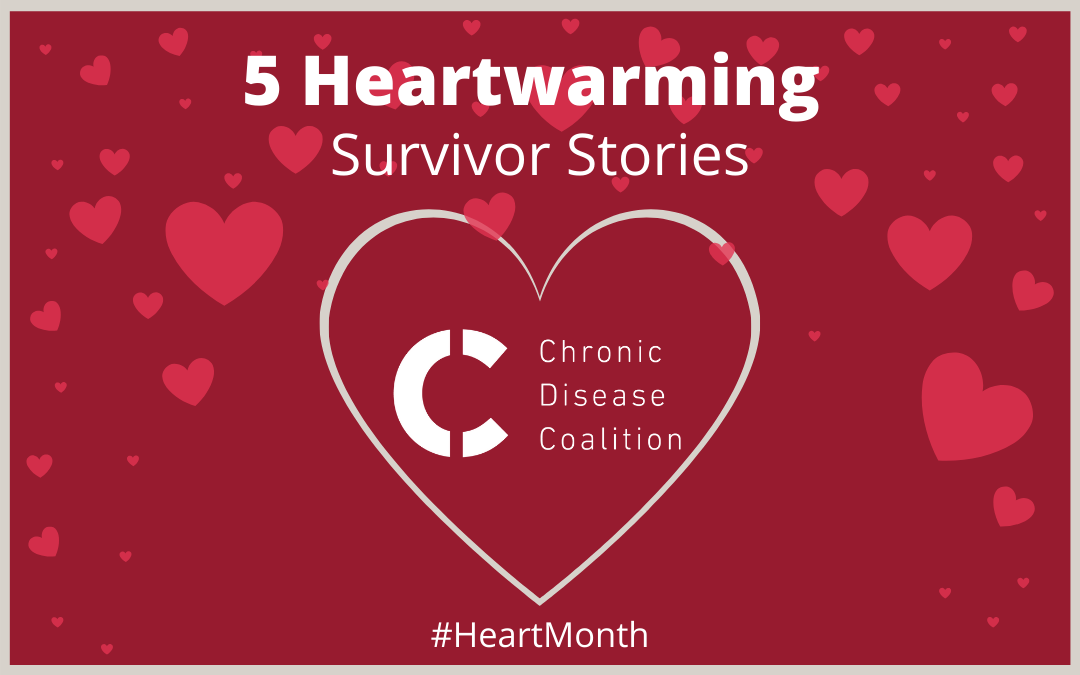 Cardiovascular disease, also known as heart disease, is the leading cause of death for both men and women in the United States, according the Center for Disease Control and Prevention. Obesity, smoking, diabetes, excessive alcohol consumption and physical inactivity all increase your chances for developing heart disease, making lifestyle changes key in protecting yourself against heart attack and stroke. This February, for American Heart Month, the CDC looks to highlight the importance of these lifestyle changes by telling the stories of heart attack and stroke survivors from across the country.

When Keith Short finished his nine-mile ridge hike in the Grand Canyon at 59, he didn’t notice any physical health problems; however, about a year later, Short found himself finishing his regular gym routine with some discomfort.

After his workout, Short felt a sudden sharp pain in his chest but dismissed the feeling as a pulled muscle. As the pain increased and Short began to sweat, he drove home, something he hopes no one will try themselves, according to a HeartInsight article.

After Short mentioned the pain to his wife, they immediately drove to the hospital where doctors realized Short was having a heart attack and one of his arteries was 99 percent blocked. One of Short’s doctors said his heart would never recover. However, through regular exercise and determination, Short has been able to develop a healthy heart and regain his mobility.

“It’s now been five years since my attack, and at age 65, I continue this routine,” noted Short. “Yes, I still tire easily, and I cannot do some things that I did previously; but I am living a great life and enjoying myself as completely as possible.”

At age 41, Ted Baxter suffered a severe ischemic stroke that left him speechless and paralyzed on his right side, setting the stage for years of recovery and advocacy. After his stroke, Baxter gave up his high stress job as an executive in international finance and dedicated his life to educating others about stroke recovery.

Baxter’s stroke began with a cramping in his leg after a long flight, however he didn’t take the pain seriously until he lost the ability to speak and move the right side of his body, the New York Times article reads. Following the stroke, he was unable to perform basic motor functions. Through sheer determination and strength, Baxter was able to regain his physical function over the course of 14 years.

Baxter retells this journey in his book titled “Relentless: How a Massive Stroke Changed My Life for the Better.” To regain his motor function, Baxter did language practice for hours a day and even tied his left arm behind his back to force his right arm to function. After years of hard work, Baxter was able to read books and have conversations like he once did.

According to the New York Times, Baxter still can’t believe how far he’s come, and credits family members and friends who “never gave up on my recovery, nor did they ever treat me as if I were lost, and because of that, I never felt lost. None of it would have worked without a positive attitude.”

Kelly Kleiner implores others to take care of your body

Kelly Kleiner, of Topeka, Kansas, had a scary run in with heart disease last week when she suffered a massive heart attack while on a ski trip. When Kleiner got to the bottom of the run she did not feel well and had pain in her arm and shoulder.

When medical helped arrived they could not find a strong pulse and she was life-flighted to Topeka. Kleiner received two stents to address the 100 percent blockage in her artery and luckily survived what some deem the widow-maker of medical emergencies, the KSNT article reads.

Heart disease and stroke are the number one killers of women, according to the American Heart Association, and Kleiner urges people to not ignore the signs of a heart attack — dizziness, arm and chest pain, shortness of breath — and to practice a healthy lifestyle.

Seventh-grade math teacher, Elizabeth Johnson lived a healthy lifestyle. She worked out regularly, ate well and had blood work done on a frequent basis. When she started feeling pain and discomfort in her chest and arm, she never thought she would be having a heart attack.

“All of a sudden, I felt like I was coming down with the flu. I was sweating and felt nauseous. I ended up leaving the classroom and getting sick, coming back and I thought I could shake it off,” Johnson said in the WYTV story. “So, I finished teaching my 90-minute block and then I decided to drive myself to Urgent Care.”

Johnson urges others to call 9-1-1 and not get behind the wheel when having a medical emergency, but she never thought her medical issue would be a heart attack. Soon after, she was diagnosed with a spontaneous coronary artery dissection (SCAD) heart attack and suffered her second heart attack a year and a half later, the article reads.

“That was my bad one, I ended up in the ICU. From there, I’ve basically damaged my heart so now I’m in heart failure and I had an ICD implanted to keep me from going into cardiac arrest,” Johnson said. “Just being aware of your body. I’m so happy I’ve always exercised, eaten healthy. My doctors have all said that that truly helped me save my life.”

Alyson McCord encourages others to be an advocate for your health

Attorney Alyson McCord, of Baton Rouge, Louisiana, suffered a series of transient ischemic attacks (TIAs), or “mini-strokes,” in 2016. McCord struggled for years to keep her high blood pressure under control and her strokes combined with the love and support from her daughter inspired her to make lifestyle changes in order to protect her heart.

McCord’s first mini stroke caused her to lose all function on the right side of her body. She did not think much of it until the same thing happened the next day when she called 9-1-1 immediately. Doctors performed an x-ray and removed a blood clot from McCord’s artery.

McCord has since been able to regain her motor function and adopt a new lease on life, something she says makes her stroke “one of the worst days—and the best day.”

“Eat healthy. Exercise. Drink [alcohol] less often and quit smoking. You have to be an advocate for your health,” McCord says in the Center for Disease Control and Prevention article. “My daughter was my inspiration. I tried so hard for her.”

Because healthy habits are so important to reducing your risk for cardiovascular disease, hearing the stories of patients and survivors is key in understanding what can be changed in your daily routine to ensure a healthier heart. Share your story with the CDC today and connect with patients while inspiring others to prioritize their health!