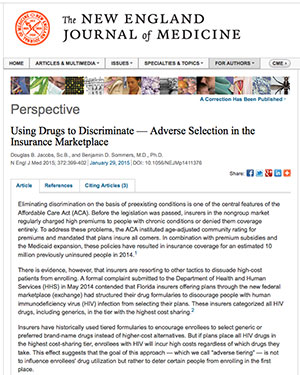 When Malik Taylor, known to many as the rapper Phife Dawg of A Tribe Called Quest, passed away last week at the age of 45 from diabetes complications, his death left many in the music community reeling. It also marked the tragic passing of a great advocate for patients living with diabetes and chronic disease.

A two-time recipient of kidney transplants, Taylor used his fame to help spread awareness about diabetes and end-stage renal disease. He mentioned it in “Oh My God,” a track on the album “Midnight Marauders,” with the phrase “When was the last time you heard a funky diabetic?” The issue also came to the forefront in the documentary “Beats, Rhymes and Life,” in which fans learned about his dialysis treatments and need for a kidney transplant.

His death is a glaring reminder of the impact of diabetes and other chronic diseases on communities of color.

The fact that African-Americans and other people of color are more likely to be diagnosed with these difficult chronic diseases also means that they are proportionally more likely to suffer harm from patient discrimination.

Taylor wanted to help others better control their illness. Eating healthy, staying fit through exercise, following a prescribed regime of treatment and medications are among ways people work to manage their disease.

His desire to be an advocate was so strong that, before he died, he was reportedly working to start a nonprofit called Fight for Life to raise awareness.

You can learn more about Phife Dawg in this story by Oregon Public Broadcasting: http://www.opb.org/news/article/phife-dawg-funk-diabetic-diabetes-community/