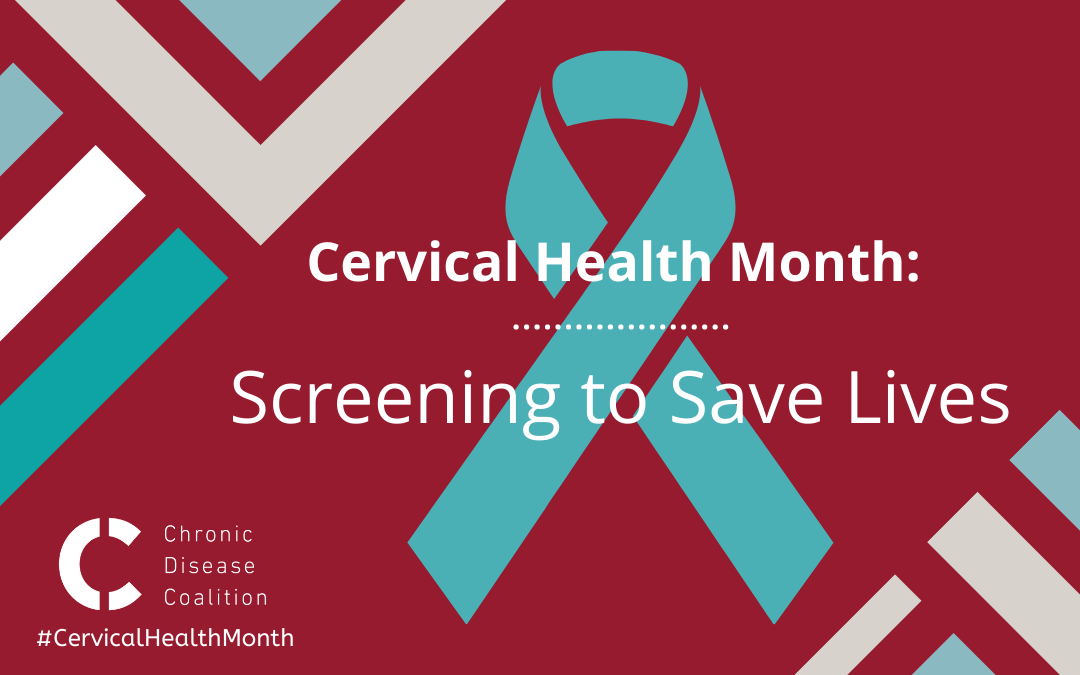 Cervical health is often overlooked as a critical part of women’s health despite the fact that more than 13,000 women are diagnosed with invasive cervical cancer in the United States each year. Cervical cancer is one of the most common causes of cancer deaths in American women, making early detection, vaccinations and routine screening key in fostering community-wide cervical health. As Cervical Health Awareness Month, sponsored by the National Cervical Cancer Coalition, comes to an end, we look to highlight and elevate the voices of advocates and survivors to bring awareness to cervical health and preventing this harmful cancer.

Janna H. from Tennessee was in her early 30s when she was diagnosed with cervical cancer. Due to her lifestyle, she considered herself a “low risk” patient, but after exposure to Human Papillomavirus (HPV), Janna’s annual Pap smear checkup came back abnormal.

HPV is the most common sexually transmitted infection in the country and is also one of the major contributors to cervical cancer, and Janna says early detection saved her life. After performing a biopsy in 2014, Janna was told she would have to undergo surgery to treat her cervical cancer.

“Within less than seven days I had gone from being a healthy 32-year-old following up with my OB/GYN to someone with cancer and having surgery,” Janna says in her blog on the Centers for Disease Control and Prevention website.

But Janna’s cancer fight did not stop there, after the initial surgery, her oncologist informed her that she had an aggressive form of cervical cancer and would need a radical hysterectomy. Since her surgery, Janna has been cancer free for over five years.

“My advice to women is to take your regular OB-GYN appointments seriously. My annual checkup saved my life,” Janna says. “Don’t risk letting cancer spread because you are scared of the possible treatments. I was scared and angry when I received my diagnosis, but I decided to face it head on.”

A news article from CBSN Boston reported on Kate Weissman’s story to help spread awareness about the importance of HPV vaccinations and cervical health screenings.

Weissman, of Charleston, South Carolina, was diagnosed with cervical cancer at age 30, “It was devastating,” Weissman recounts. “I just said to myself, I’m 30 and I’m going to die.”

After months of treatment, doctors thought they had her cancer on the run; unfortunately, Weissman’s cancer returned in her lymph nodes. After years of chemotherapy, she is now cancer free, but she wants women to know her type of cancer is preventable, and parents should educate themselves on the importance of HPV prevention and screening.

“When you are a cancer survivor you worry about it coming back, every single day,” she said. “We have to protect our future generation from having to deal with this.”

Tonya Butler: “Don’t let fear keep you from going to the doctor.”

Tonya Butler wasn’t insured in 2012 when her cousin brought her in for a checkup after weeks of nausea and abnormal vaginal bleeding and discharge. At 46, Butler hoped her symptoms were a sign of menopause, but after a Pap smear and a biopsy she learned otherwise.

In 2015, Butler was diagnosed with thyroid cancer. She began a new round of surgery and medication in order to treat the cancer in her neck. Since receiving treatment, she has remained cancer-free and asks others to not be afraid of going to the doctor.

“I want to encourage others, inspire others, share my story with others,” says Butler. “Please go get yourself checked out, even if you have a mosquito bite that doesn’t look right, go to the doctor. Don’t let fear keep you from going to the doctor like I did, or it will only get worse.”

State-sponsored initiatives are seeking to make cancer screenings accessible and affordable. The National Breast and Cervical Cancer Early Detection Program provides cervical and breast cancer screenings to underserved women for little to no cost. Many states are also offering various programs, like the Vaccines for Children Program,  that provide the HPV and other vaccinations to underserved children and adults.

Learn more about HPV, cervical health and how you can advocate for cervical health during this week’s webinar series, hosted by the American Medical Women’s Association, Global Initiative Against HPV and Cervical Cancer and Indiana University.