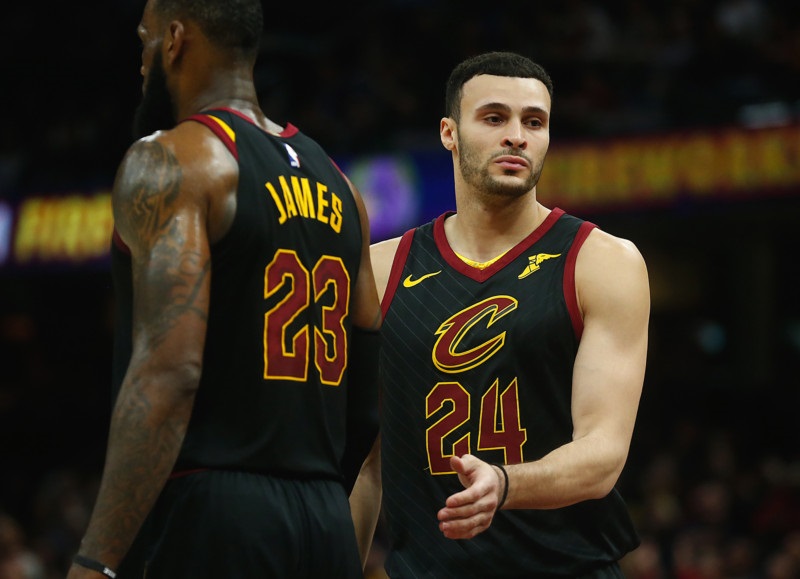 Now 6 feet 10 inches, Larry Nance Jr. was 5 feet 10 inches and underweight when he was first diagnosed with Crohn’s at age 16. He had been experiencing debilitating symptoms since – cramping, weight loss, stunted growth and fatigue – since he was 12. When his parents took him to see the doctor, Nance was diagnosed with Crohn’s disease after his doctor conducted a number of tests. After his diagnosis, he began treating the disease and grew an additional 9 inches and gained more than 100 pounds.

Nance has since become a vocal advocate and speaks publicly about his experience with Crohn’s, hoping to spread awareness of the disease and the impact it has on patients.

In an interview with the Crohn’s and Colitis Foundation, Nance explained how his life changed once he received the proper diagnosis: “Once we got [my disease] under control, I blossomed and started on the path that I’m on now [as a pro-athlete].” In fact, within two weeks of receiving treatment, he grew 2 inches.

For Nance, one of the most debilitating symptoms he experienced was extreme fatigue. After his diagnosis and receiving proper treatment, however, he had the energy to play basketball.

Treatments for Crohn’s vary – there’s not a one-size-fits-all treatment model.  Nance controls and mitigates his symptoms through a combination of medications and diet. In another interview with Everyday Health, Nance explained, “Through trial and error, we’ve found that any kind of seed or nut, popcorn and some fruits just don’t sit well with me. Obviously, I just don’t eat them.”

Nance speaks openly about his experience with Crohn’s. For Nance, he feels like it’s his duty to help kids who have been diagnosed. “The mental aspect is probably the hardest part of [having Crohn’s] – just realizing that “I am a normal kid [and] I’m going to lead a normal life. It does get frustrating, but, hopefully, I can send some positivity their way. There’s no better person to tell you [to keep your chin up] than someone who’s been through it,” said Nance.

The basketball star will continue to advocate on behalf of Crohn’s patients everywhere. “Find what works for you and stick by it,” Nance said. “[IBD] is very personal. You need to make your illness work around you. You still control yourself, don’t let Crohn’s define you.”