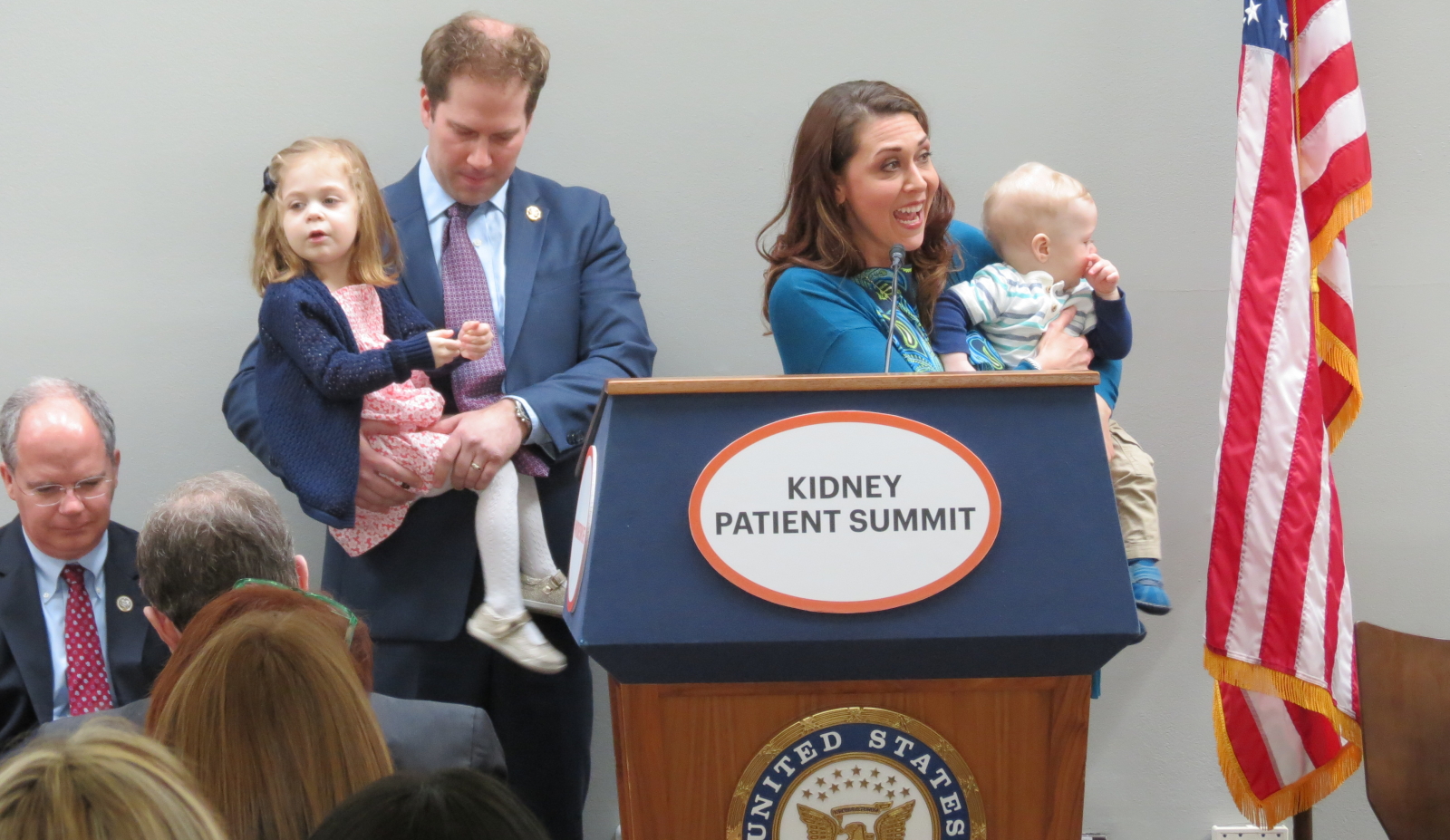 Not every member of Congress has as direct of an understanding of chronic disease as Rep. Jaime Herrera Beutler, R-Washington.

When she and her husband were preparing to have their first child, a doctor delivered grim news to the couple: Their unborn baby had Potter Syndrome, a condition that develops in utero when there are no kidneys.

The story of the journey the Beutlers took to ensure their baby was born and survived was recently recounted in a CNN series about women in Washington, D.C.

According to CNN: “Rep. Jaime Herrera Beutler, R-Washington, was the ninth lawmaker in history to have a baby while serving in Congress. That alone would have been a good reason to tell her story. But what she went through to have – and save – her baby is truly badass, a lesson in courage from a woman who wouldn’t take no for an answer.”

Herrera Beutler recounted that her baby’s diagnosis was initially devastating. Doctors told the couple that Potter Syndrome was 100 percent fatal.

Eventually, they heard that an experimental treatment might be possible. Injections of a saline solution into her uterus mimicked the amniotic fluid that would allow the fetus to grow naturally, even without kidneys.

When their daughter Abigail was finally born, she made medical history. She was the first baby to survive childbirth with no kidneys.

Abigail survived on dialysis until she was big enough for a kidney transplant. The kidney donor was her father. She is now 3 years old, and, according to CNN, “you would never know the trauma she went through. She seems like an average little girl, playing with her baby brother and her toys and hanging out with her parents.”

“There are other babies who have survived because of her,” Herrera Beutler said. “One just got her transplant last week, another, two weeks ago.” Herrera Beutler explained that the calls come in from around the world, and people have told her, “Now, when I Google this horrible diagnosis, we know that there’s hope.”

This isn’t the first time the Chronic Disease Coalition has taken notice of Herrera Beutler’s efforts. She should be lauded for continuing to defend vulnerable Americans, especially those living with chronic diseases.

Herrera Beutler was among the Washington lawmakers we thanked last year for supporting bipartisan legislation, the Access to Marketplace Insurance Act, aiming to protect chronic disease patients’ right to use premium assistance from charitable organizations to afford their health insurance. (Read more by clicking here).

She also bucked her party and voted against the American Health Care Act, citing concerns about the impact on lower-income patients, particularly on children who rely on public health insurance. Herrera Beutler’s defense of Americans who need health care is yet another characteristic making her worthy of inclusion in CNN series on our country’s strong women leaders.