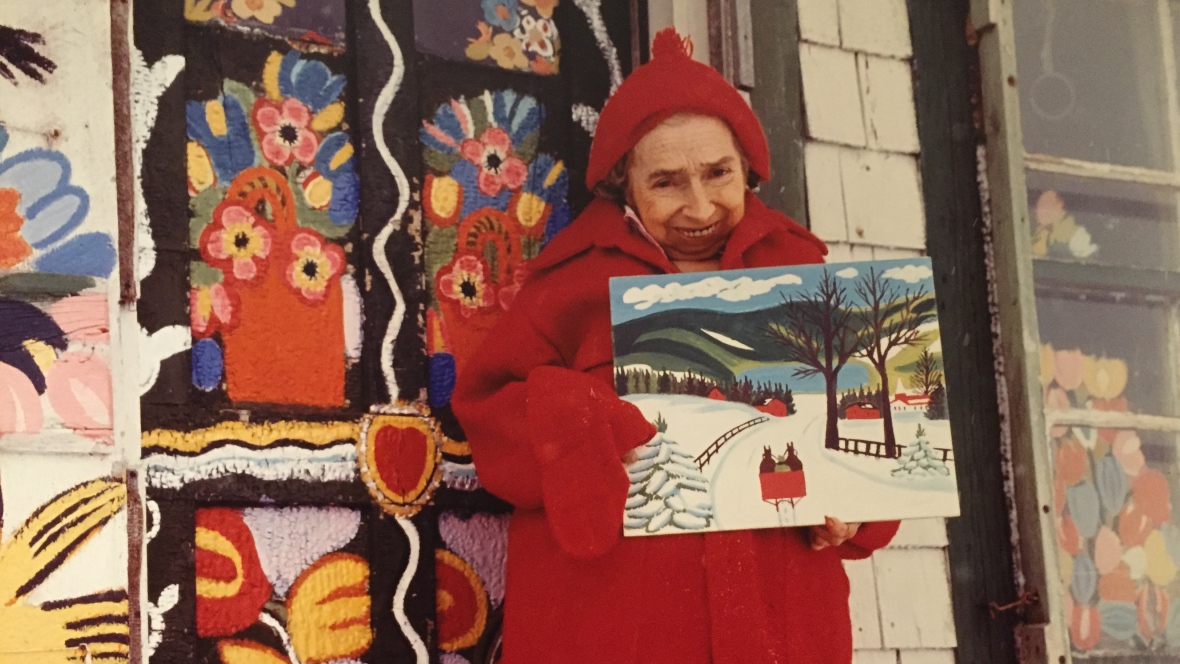 “Maudie” hit theaters earlier this summer. A biopic based on the life of Canadian artist Maud Lewis, “Maudie” tells the story of her life and struggle with juvenile rheumatoid arthritis.

Lewis is one of Canada’s most well-known and beloved folk artists. The film begins in the 1930s and follows Lewis after she is kicked out of her parents’ house when her brother sells it. Forced to find work and a place to live, Lewis answers an advertisement for a live-in maid for the local fish peddler, Everett. The two soon marry and spend their lives in a one-room house, which eventually doubled as Lewis’ art studio.

Especially known for Christmas cards, Lewis would use leftover paint to brighten up her home. Lewis’ colorful and folksy art began to draw attention from both locals and tourists who couldn’t get enough of her bright paintings. Lewis’ work eventually gained international attention as well, including a request to order paintings for the White House from then-Vice President Richard Nixon.

In the film, Lewis’ drive and pursuit for independence underscore her determination to be an artist. While her painful disease affected her ability to paint – rheumatoid arthritis affects the lining of your joints, causing a painful swelling that can cause bone erosion and joint deformity – she nevertheless continued to produce vivid and colorful work.

Academy Award Nominee Sally Hawkins plays Lewis in the film. Hawkins said she recognized early on the importance of playing such an important figure who struggled with rheumatoid arthritis. The physicality of the role posed a challenge for Hawkins, who wanted to accurately and respectfully portray Lewis’ disability as something she fought and overcame but that she also didn’t let define her.

Lewis remains one of the most well-known artists affected by rheumatoid arthritis, or RA. Over 1.5 million Americans suffer from RA, which affects nearly three times as many women as it does men. “Maudie” offers insight into the day-to-day life of someone who suffered the painful effects of the disease while also demonstrating that patients don’t have to let their disease define them.

The Chronic Disease Coalition is dedicated to helping those with chronic conditions through education and advocacy efforts. Join us and fight to bring awareness to rheumatoid arthritis and other chronic diseases.