May is Lyme Disease Awareness Month 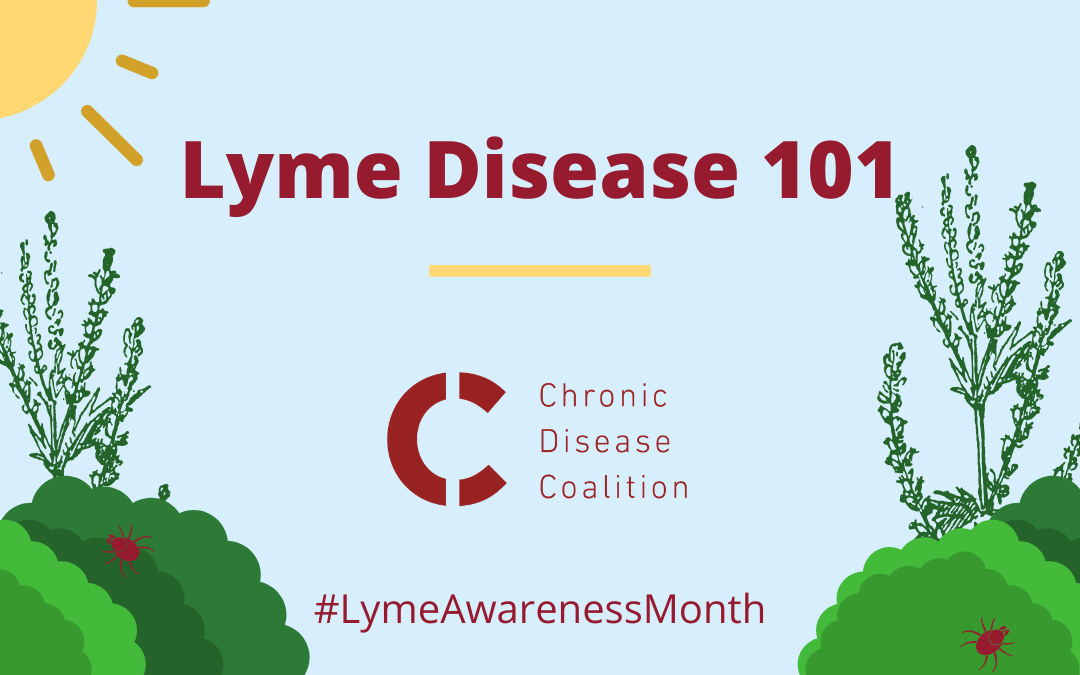 Lyme disease is commonly known as the illness that spreads through infected tick bites. According to the Centers for Disease Control and Prevention (CDC), Lyme is the most common vector-borne disease in the United States. When left untreated, this invisible illness can result in long term health complications, including heart palpitations and facial palsy. Knowing how to avoid tick bites is crucial in preventing the contraction of Lyme disease, and having a general knowledge of Lyme symptoms can prevent future health complications.

With summer just around the corner, Lyme Awareness Month is a great time to refresh your memory about this chronic illness.

What is Lyme disease?

Much like malaria and other vector-borne diseases, Lyme disease spreads when an infected organism (like a tick), known as a vector, bites a host. Typically, symptoms appear as soon as three days after being bitten by an infected tick and include the well-known Erythema Migrans or “bull’s eye” rash, fever, chills, headache, fatigue, muscle and joint aches, and swollen lymph nodes.

The classic rash affects between 70 and 80 percent of infected persons, according to the Centers for Disease Control and Prevention, and typically grows from the source of the bite over the course of a few days. If untreated, Lyme disease can cause long term health complications including severe headaches, additional rashes on other areas of the body, facial palsy, arthritis, heart palpitations, episodes of dizziness, nerve pain and more.

People can be treated for Lyme disease with antibiotics and depending on the stage of the infection can recover quickly and permanently. But sometimes spotting symptoms of Lyme can be subtle and even go unnoticed, causing long term complications.

How can I prevent Lyme disease?

The most important thing is to be aware of the tick population in your area. Practicing tick preventative measures is key in stopping the spread of Lyme. Ticks are well known in certain areas of the country, with over 96 percent of Lyme taking place in 14 states across the Upper Midwest and Northeastern United States. 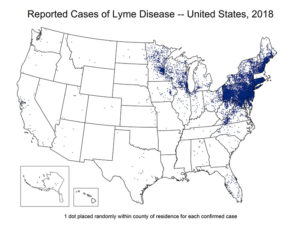 While ticks can be found in various locations across the world, they are typically found in wooded areas with bushes, shrubs, and tall grasses. Part of protecting yourself against Lyme involves knowing the presence of ticks when heading to the outdoors. If you are going to a tick infested area, the Centers for Disease Control and Prevention recommends using EPA registered insect repellents, wearing clothes treated with permethrin, showering immediately after being outdoors, checking for ticks daily including under the arms and in your hair and running your clothes in the drier for 10 minutes after being outside.

However, despite all the preventative measure you still may be bitten by a tick with Lyme when traveling in tick infested areas. The Centers for Disease Control and Prevention recommends seeing a health care provider if you develop a rash, fever, exhaustion, or joint and muscle aches within several weeks of removing a tick or spending time in tick habitat.

Because Lyme can cause long term complications if left untreated, patients need to be aware of tick infested areas and Lyme symptoms to diagnose and treat the condition early.

If you’ve been diagnosed with Lyme disease, recovery may be slow and long. Additionally, there is no test to confirm – once symptoms subside – if you’ve been cured or are in remission. Lyme is also a disease where you can become “re-infected” if bitten again. Diligence is key to prevention. So, next time you head out in nature, remember to keep an eye out for ticks and to protect yourself by following recommendations outlined by the Centers for Disease Control and Prevention and don’t forget to share resources for Lyme Awareness Month this May!