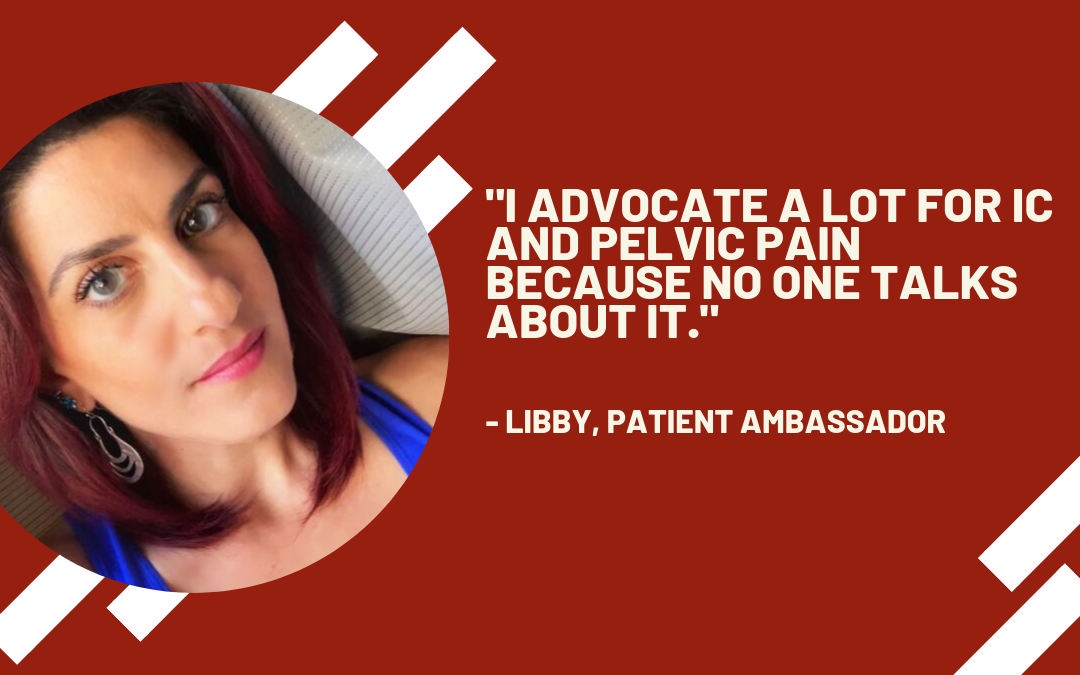 On June 21, 2018, Libby took her 15-year-old daughter to The Warped Tour concert. Like any teenager, Libby’s daughter wanted to be as close to the stage as possible. Together, they made their way to the front of the crowd, where Libby was hit on top of the head by a woman crowd-surfing.

“I instantly felt excruciating pain vibrating throughout my spine,” Libby recalled. “I knew it did something to my system.”

Two days later Libby, who lives in Southern California, went to urgent care after experiencing urinary tract infections and lower back pain. Libby was treated for an infection and the symptoms disappeared. However, they soon returned.

Over the course of three months, she saw five urologists, and all of the doctors diagnosed her with Interstitial Cystitis (IC). IC is a chronic bladder health issue, and pain can range from mild to extreme. IC tends to affect women more often than men and can have a life-long impact on the patient. After multiple IC diagnoses, Libby began to do more research.

“I realized that IC is a blanket diagnosis. Any woman who presents with bladder symptoms gets thrown into that diagnosis,” said Libby. “I knew I had to take matters into my own hands.”

Libby eventually realized that her lumbar spine had three bulging discs and a pinched nerve in the area of the spine that is responsible for bladder function. With this new information, she was diagnosed with Pelvic Floor Dysfunction.

With frequent visits to doctors’ offices, Libby was soon forced to learn to advocate for herself after experiencing issues with her health insurance.

“I am regularly denied coverage and am told by insurance companies that, in my Explanation of Benefits, only certain procedures and tests are covered,” Libby explained. “I’m regularly told I have to pay out-of-pocket for these tests.”

Libby is now being tested for autonomic dysfunction and is having a difficult time finding a neurologist who is in her network. “My insurance company won’t help me,” she said.

In just over a year, Libby has added chronic warrior and advocate to her resume. Said Libby: “I advocate a lot for IC and pelvic pain because no one talks about it. I try to do my best even if I can’t physically do a lot. I can’t sit or walk for more than 20 minutes, but I can make a video.”