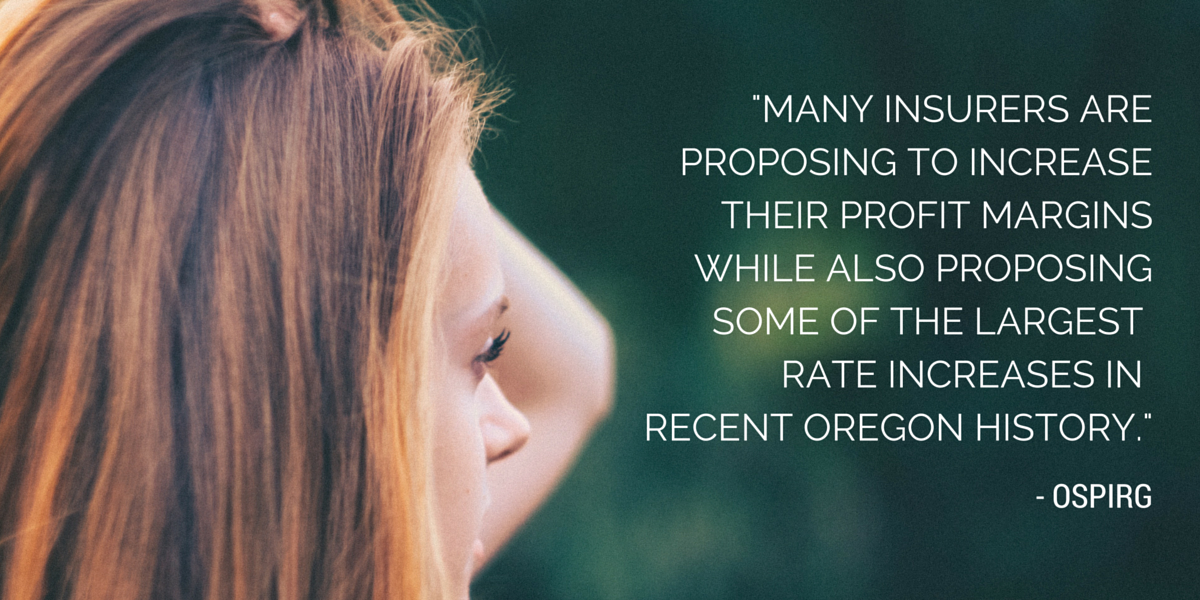 Even as many health insurance companies attempt to cut back coverage for patients they consider too expensive – often those benefit cuts target patients with chronic illnesses – they’re hoping to pocket even bigger profits than in past years in Oregon.

That’s according to a new analysis by the OSPIRG Foundation, a nonpartisan consumer organization.

“With Oregon consumers facing a second year in a row of huge double-digit rate hikes, it is more critical than ever to scrutinize the basis for these rates,” said Jesse O’Brien, OSPIRG Foundation Policy Director. “We acknowledge that many Oregon insurers lost money in 2015, and it is not unreasonable for them to seek to avoid large financial losses going forward, but the more we dig into the insurers’ justifications, the more concerned we are that the proposed rates may overcharge consumers.”

Here are three lessons learned from the analysis:

“Many insurers are proposing to increase their profit margins while also proposing some of the largest rate increases in recent Oregon history,” OSPIRG reported.

Although some companies reported losses in 2015, the organization also found that the financial position of most insurers in the state remains stable. “This means that Oregon insurers could take a more moderate approach to increasing rates to avoid large, disruptive rate increases in 2017,” the report said.

Some Oregon insurers appear to be overstating medical cost trends.

Multiple national studies have shown a slowdown in the growth of health-care costs in recent years, contrary to what Oregon insurers are saying.

Some insurers’ cost projections for covering their current members and future enrollees may be overestimated.

While costs of providing health care to Oregonians signing up for insurance in the past two years were higher than initially expected, this trend is likely to end as more young residents sign up.

Insurance companies have been cutting coverage while raising rates, and these points from OSPIRG undermine their reasoning for doing so.

If you have concerns about whether your insurance will be affected because you have a chronic condition, please share your story. Others may be experiencing similar issues, and together we can all help find solutions.