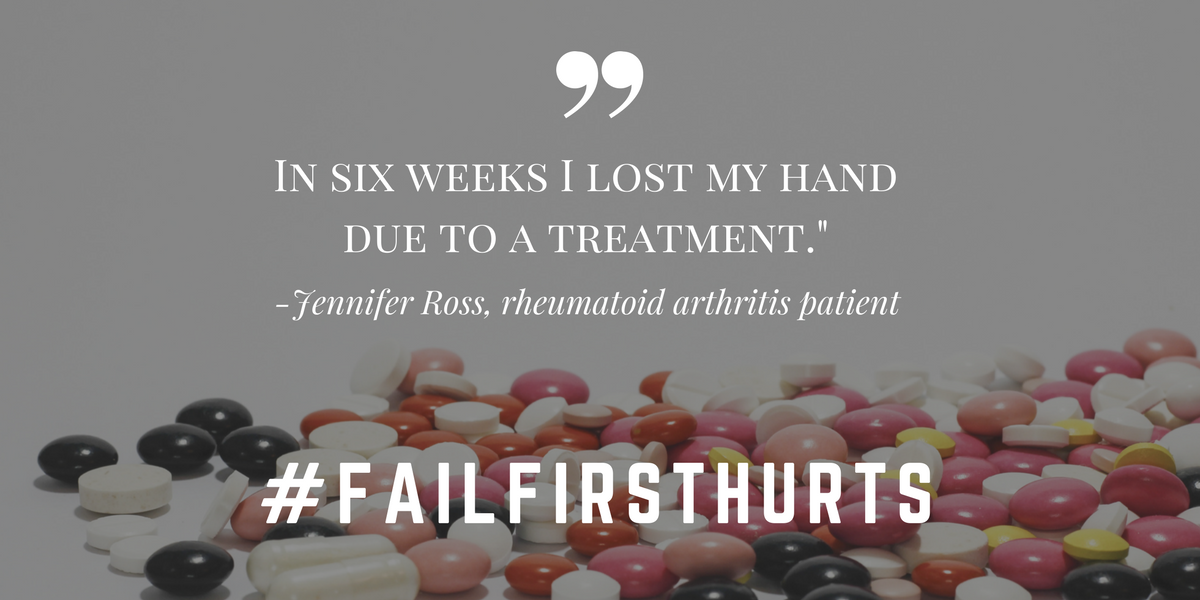 The bill will strengthen and expand patient protections when it comes to health insurance companies’ “fail first” requirements. Fail first policies, also called step therapy, are insurance policies that require patients to try a cheaper drug than one originally prescribed by their doctors and to fail on it before they can obtain their needed medication.

Only after they fail on the cheaper drug are they allowed by their insurer to get the medication they were originally prescribed.

The Florida bill would offer an appeals process for medical exceptions and provide continuity of care for stable patients, among other protections.

Fail first policies can have debilitating and tragic consequences. Florida resident Jennifer Ross, who has rheumatoid arthritis, testified with her 12-year-old daughter, also an arthritis patient. Ross said she has suffered major health consequences from being forced by her insurance company to try cheaper medications that didn’t work.

“In six weeks I lost my hand due to a treatment,” she said.

The Chronic Disease Coalition is among dozens of groups supporting SB 530 as it moves ahead to additional committee meetings.

Doctors and health care professionals – not insurance companies or bureaucrats – should determine the best course of treatment for patients. All Americans, in Florida and beyond, deserve to have access to the right medication at the right time.