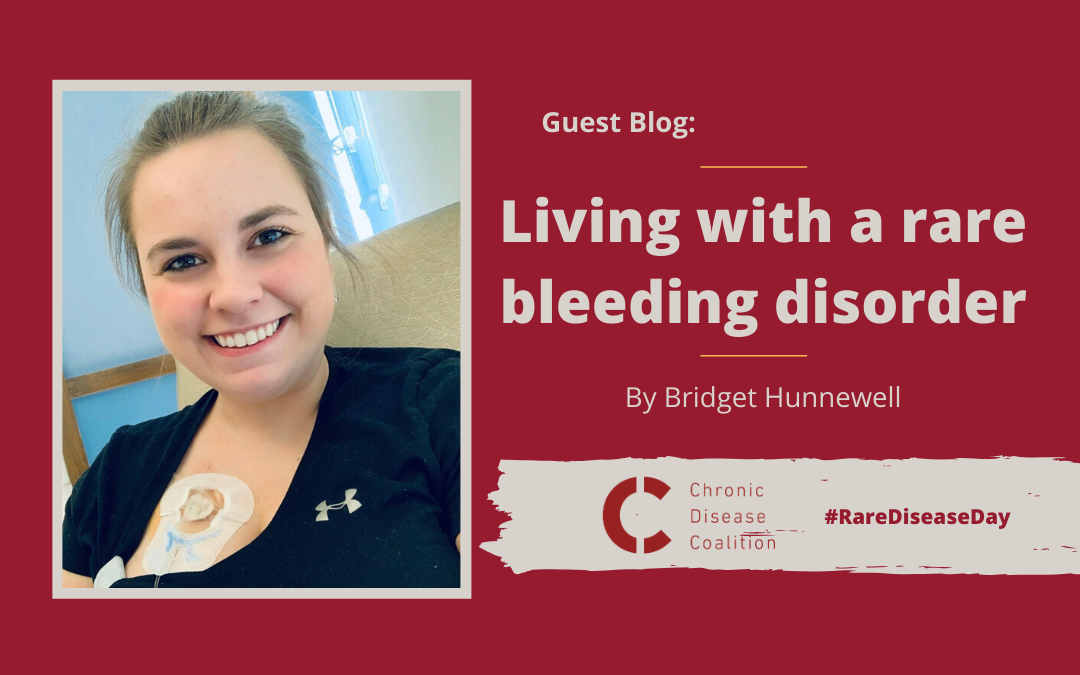 Afibrinogenemia is a rare bleeding disorder that causes my blood to clot improperly. Living with a rare disease oftentimes has its difficulties, there are not many other people that you can confide in who truly understand the struggles that you have and will continue to face. However, I have found comfort and acceptance in sharing my story, connecting with others, and knowing that we are not alone in the rare disease community. Rare Disease Day is the perfect opportunity to bring this awareness, share your story and build this community.

Growing up, I have learned how to advocate for myself in hospital settings and become independent when managing my bleeding disorder. Through this, I have found a passion for bringing awareness to the bleeding disorder community.

One of the most important considerations when meeting someone with a bleeding disorder for the first time is to listen and recognize that these conditions are often invisible. Several times people have assumed that I am faking an injury for attention because you can’t always see an internal muscle bleed. I have even had people refuse to be my friend because of having a bleeding disorder. It’s important to recognize that we’re people too and we want to be treated the same as everyone else.