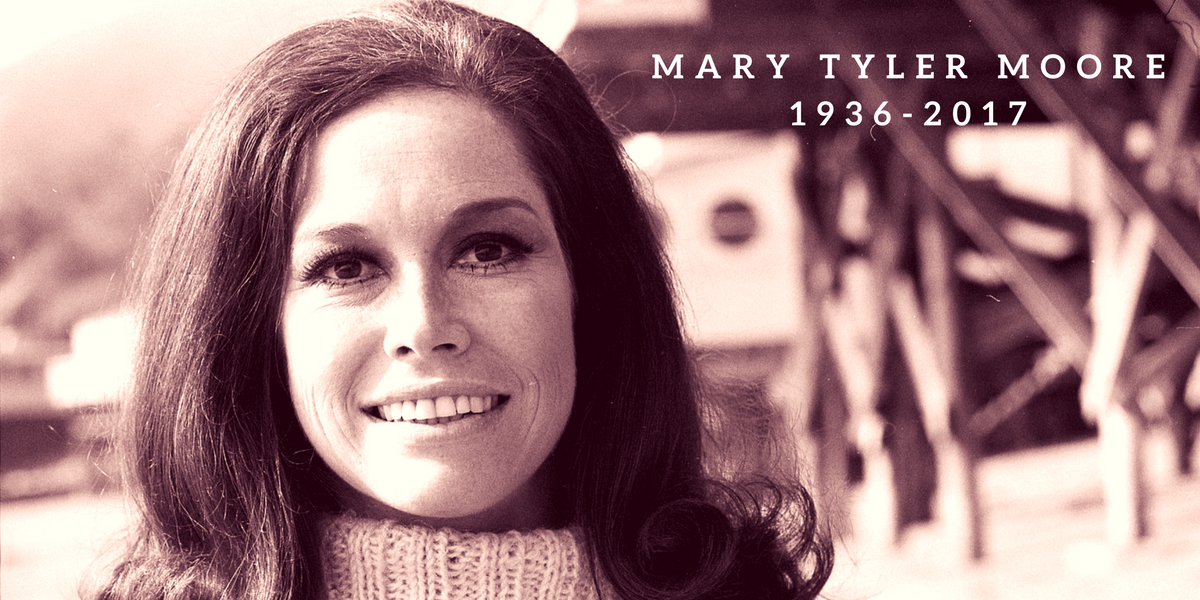 Our immediate reaction, upon seeing the CNN news flash today announcing that Mary Tyler Moore had died, was tears. Perhaps most people would not shed tears upon news of the normal passing of a former entertainer and octogenarian. But there was something special about Mary Tyler Moore.

While many will remember Moore as an actress on popular TV sitcoms in the 1960s and ’70s, a large community will also remember her for another role: as a passionate advocate dedicated to raising awareness and seeking a cure for diabetes.

Moore was the international chairperson of JDRF, formerly the Juvenile Diabetes Research Foundation, and used her celebrity status as a champion for efforts to control and cure the disease. She was diagnosed with Type 1 diabetes in her 30s, around the time The Mary Tyler Show launched, according to Success magazine. She overcame fear and uncertainty to become an advocate for herself and others.

“Once I realized that I was too concerned with the ifs and maybes of how my personal history would be received, I called on my own common sense and realized it was an opportunity to help an enormous number of people,” she told Success. “That’s what drives me to do absolutely whatever it takes to help find a cure.”

Moore also spoke to the JDRF Children’s Congress about the importance of telling patients’ stories to effect positive change.

“Over the years as JDRF’s International Chairman, I’ve worked with many young people just like you, and I’ve learned that nobody can explain what it’s like to live with this disease the way you can,” she said in 2011. “You may be surprised to learn that the idea for Children’s Congress came 12 years ago from a child with type 1 diabetes. Tommy Solo of Massachusetts was just 8 years old when he overheard a group of parents planning to go to Washington to advocate for increased research funding. He interrupted and said to his mother, ‘Why should you adults go to Congress to ask for funding? Kids with diabetes should go and tell them what it’s like, because we know better than anyone. Maybe then they’ll hurry up and help us find a cure.’ And Children’s Congress was born. Every two years in the decade since Tommy’s idea came about, children just like you have taken the message of finding a cure for diabetes to their Members of Congress.”

Mary Tyler Moore’s passion and dedication will be missed, not only in pop culture but by the chronic disease patients who benefitted from her important advocacy work. You can read more about her life by clicking here.