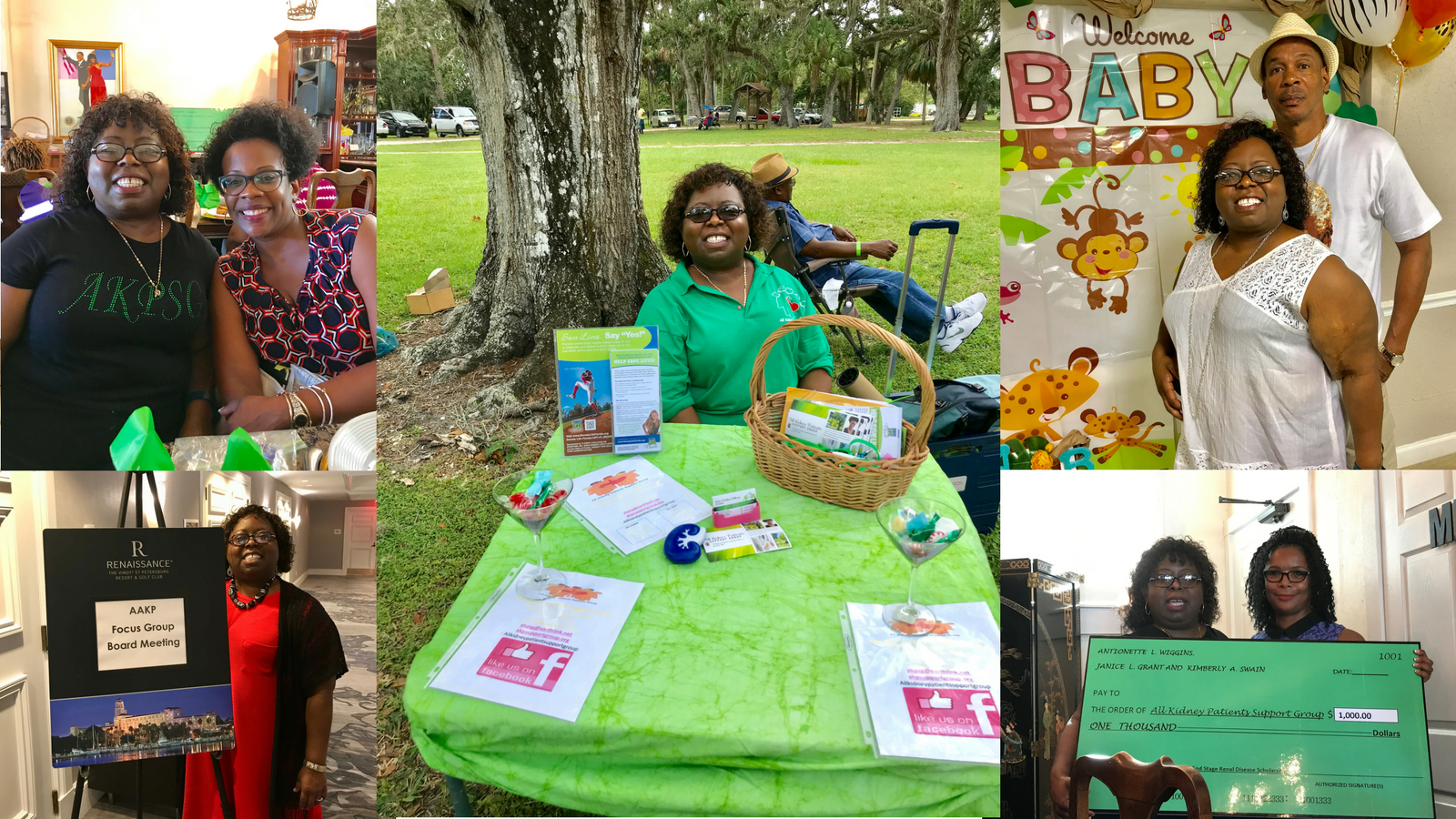 High blood pressure is the second leading cause of kidney failure in the United States, only trumped by diabetes – a fact Janice Starling wished she had known when she was diagnosed with hypertension at age 18.

A Florida native, Starling was diagnosed with end-stage renal disease (ESRD) – or kidney failure – in 2000. Six months before her diagnosis, doctors assured her that the protein in her urine was nothing to be concerned about. Meanwhile, her kidneys were failing.

ESRD is last stage of chronic kidney disease and leaves the patient with only two options: a kidney transplant or life on dialysis. Starling would become all too familiar with dialysis and remembers her first treatment with peroneal dialysis.

“I entered the dialysis center and was absolutely terrified,” says Starling. “I felt like we were cattle being prodded along and I remember they had trouble getting my needles in and I was allergic to the filter. I couldn’t breathe while they were trying to dialyze.”

Starling quickly learned that she was going to have to be her own advocate and started researching the different treatments available. Starling has experience with both peritoneal dialysis and home hemodialysis. While dialysis is never fun, Starling appreciated the freedom peritoneal dialysis afforded her to go on a cruise, ride a horse and take a tour on a helicopter.

After nearly 14 years on dialysis, Starling received the news that she would be getting a kidney transplant in 2010. Unfortunately, her struggle did not stop. Starling’s doctors could not proceed with the transplant unless she lost weight, so Starling underwent lap band surgery – a procedure where a device is placed around the stomach to slow the consumption of food. While Starling successfully began to lose weight, she was further set back by more bad news: She had developed breast cancer.

While undergoing a mastectomy, the surgeon didn’t cauterize one of her capillaries – leaving Starling with a bleeder that required 30 blood and plasma transfusions. She had to undergo further treatment before again becoming eligible for a kidney transplant.

On December 13, 2013, Starling received an early Christmas present: A new kidney, which she named Glory.

Throughout her long battle with kidney disease Starling was struck by the cost of care. In fact, the cost of a kidney transplant almost detoured her from getting one.

“The transplant required thousands of dollars that I didn’t have. I told my sister I couldn’t go through with it but she told me not to worry about the money and that I needed the transplant,” said Starling.

For kidney patients on Medicare, the program covers 80 percent of treatment and transplant costs. Patients are left to cover the remaining 20 percent. According to the United Network for Organ Sharing, the first year billed for a kidney transplant tends to be around $262,000, with secondary coverage helping offset the costs not covered by Medicare. Yet, secondary coverage puts further strain on patients, including Starling who pays around $500 per month for her deductible in order to receive life saving treatment and medication.

Starling was thankful to receive charitable premium assistance through the Miami Transplant Foundation. In many states, insurance providers have been rejecting payments from patients who receive financial assistance from charities. Starling was one of them and had to pay the 20 percent out of pocket. While financial assistance from the Miami Transplant Foundation was critical to keeping her afloat, Starling notes the difficulty she encountered when trying to find help, inspiring her to start a kidney patient support group called the All Kidney Patient Support Group, which raises money so others aren’t financially burdened as they seek treatment.

While Starling’s resiliency is an inspiration to us all, it is a reminder that finances shouldn’t determine whether you receive critical, live-saving treatment. Yet powerful insurance companies continue their efforts to ban charitable premium assistance, a crucial lifeline for many patients. Join the Chronic Disease Coalition in the fight against discriminatory insurance policies.