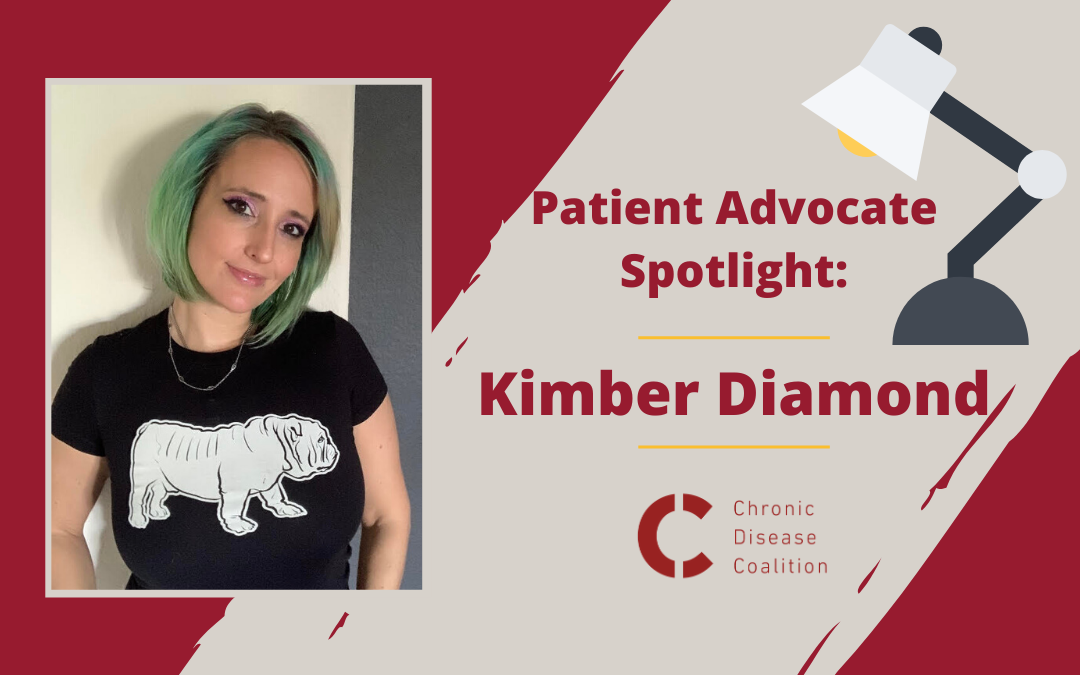 Kimber Diamond, of Denver, Colorado, lived a happy and healthy life for two decades before being introduced to the struggles of a chronic condition. In 2009, Diamond was the victim of a crash that resulted in major nerve damage to her leg and ankle starting a life of pain management and advocacy for patients’ rights.

After four months of recovery, Diamond was ready to regain her life and her mobility. However, she quickly realized rehabilitation would not be as quick and painless as she once thought.

Since the accident, Diamond has been a victim of multiple other car crashes and has undergone multiple surgeries, worsening the damage to her ankle and drastically increasing her neuropathy, hypersensitive nerves, and chronic pain. In order to address the damage to her ankle, Diamond’s doctor wanted to release the inflamed nerves to lessen the scar tissue and see what was causing excessive pain.

Unfortunately, the surgery was unsuccessful, and Diamond’s pain worsened.

“The pain was so extreme after my initial surgery that my pain scale shifted,” Diamond said. “My new levels of pain ranged from extreme to howling, and beyond that with what I call silent howling pain, which is when the pain is so much you cannot make a sound.”

After the unsuccessful surgery, Diamond was prescribed a flurry of pain medications in order to address the issue, but according to Diamond, these medications did not mitigate her symptoms and made her groggy, lethargic and tired all the time adding to her struggle with hypothyroidism, and causing extreme weight gain among other side effects.

In addition to these dramatic side effects, Diamond struggled with insurers on a regular basis, sometimes being labeled a drug addict for trying to get the medications her doctors prescribed. She has dealt with insurers on the phone, in person and in the doctor’s office, getting denied coverage for treatments and receiving bills for appointments years later.

“Insurers don’t want to pay money for anything, it’s a money-making industry, it’s not about making me better,” Diamond said.  “People are so worried about prescription drug abuse they withhold medications from people who need it most.”

Because of Diamond’s misdiagnosis, unsuccessful surgeries, and experience with insurers she has taken her recovery into her own hands, using physical therapy, exercise, hot springs, and cannabis tinctures to manage her pain.

Diamond has since been able to regain her quality of life back, leading her to look towards helping others and serve as a voice for those feeling lost with misdiagnoses and chronic pain.

“I have been misdiagnosed so many times and given so many pills that I just don’t trust doctors anymore,” Diamond said. “I noticed, within the spoonie community, that when doctors give up hope and say they don’t know it’s a terrifying reality. I just want to help, if I had known someone who dealt with what I did, it might have been easier.”