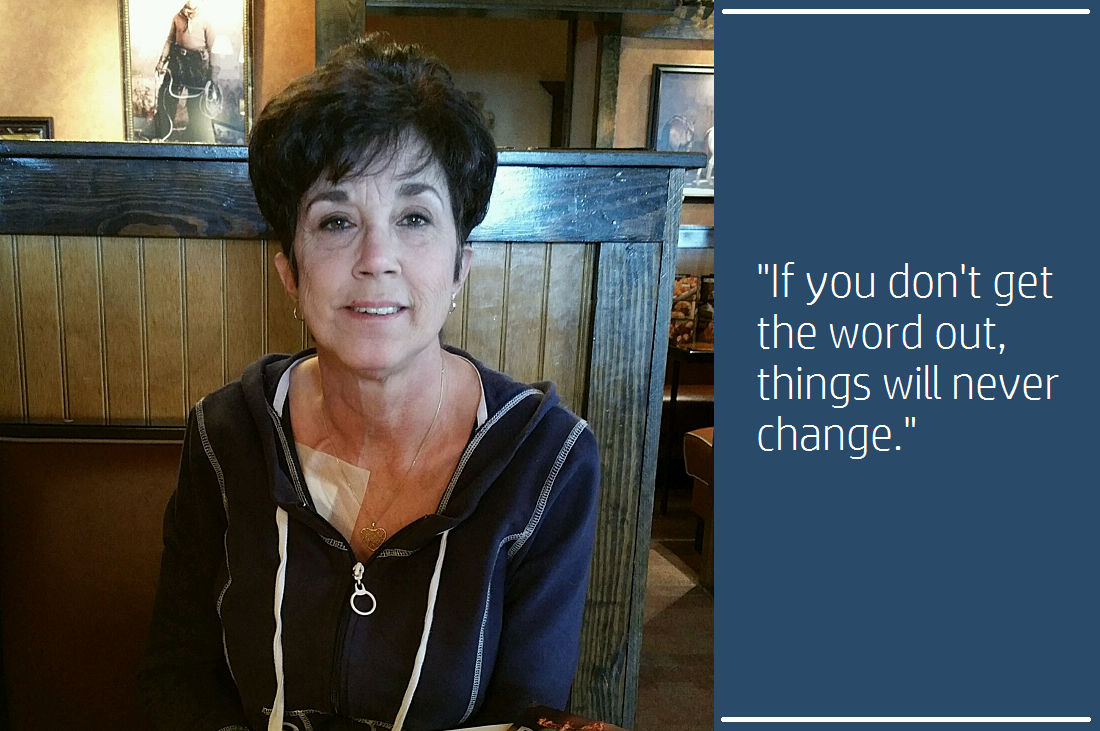 Born with one kidney, Lisa Clifford has struggled with chronic kidney disease her entire life, but it wasn’t until August 2015 that she was diagnosed with kidney failure.

Once she started dialysis treatment twice a day, Clifford could no longer work, forcing her to quit her job at the United States Department of Education – a job she had held for more than 30 years. Even though Clifford had saved up money her entire life, she quickly began struggling to pay her bills and afford her health insurance.

After reaching out to social workers at her dialysis center, Clifford was told about a nonprofit that helps dialysis patients pay their medical bills and insurance premiums when they’re struggling to make ends meet – the American Kidney Fund.

Clifford said she was pleasantly surprised that such a resource existed for patients like her: “I had no idea what resources existed for kidney patients. I had never applied to any type of assistance and had always worked to keep myself going.”

Despite taking steps to build up a personal savings fund, there was no way Clifford could afford her health insurance premiums. That’s where the charitable assistance provided by the American Kidney Fund turned out to be such a blessing.

“If I had not received help from the American Kidney Fund, I honestly don’t know what I would have done,” Clifford said. “I had no way to pay my health insurance, and even though I had worked for 30 years, I barely had enough money to cover my basic living expenses.”

Despite the fact that charitable and nonprofit assistance programs have helped thousands of kidney patients, health insurers are trying to deny coverage to any patients who have needed that lifeline of charitable assistance to help pay their premiums.

In response, Clifford has taken an active approach to speak out against health insurers’ discriminatory practices.

“The reason why insurers are targeting kidney patients is because they don’t want to pay for the expensive treatment costs that kidney patients need to survive. That’s the bottom line,” Clifford said.

Clifford continues to advocate for her fellow kidney patients, hoping to help those also living with chronic kidney disease.

“I don’t want anyone else to have to go through what I’ve had to experience,” she said. “To be able to help another person that’s going through the same issues I had to face – not knowing if insurance companies are even going to accept your payment – is something that I feel I have to do.”

Clifford stands by her advocacy motto: “If you don’t get the word out, things will never change.”

In the face of adversity, action is what drives change. Take action now, stand up for patients’ rights, fight discriminatory practices and join the Chronic Disease Coalition as we continue our work to advocate for patients with chronic and life-threatening conditions.