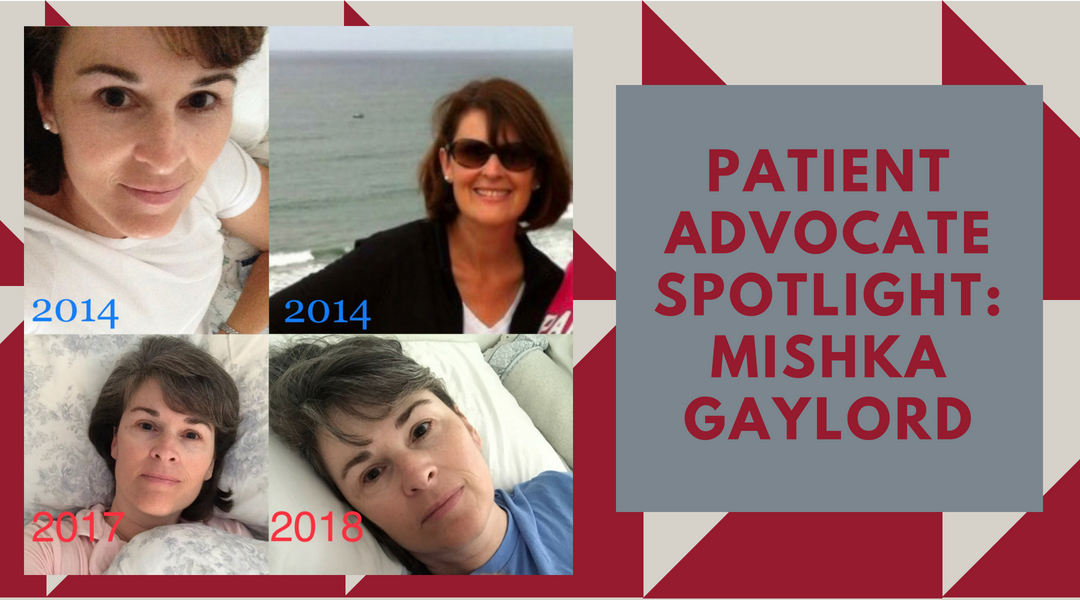 When Mishka Gaylord was diagnosed with fibromyalgia in 2004, she changed her life to mitigate the symptoms.

Fibromyalgia is a chronic condition that affects muscles and tissue, resulting in widespread physical pain and exhaustion. Symptoms can surface after experiencing a physical trauma, infection or psychological stress. In Mishka’s case, she believes it’s possible that a virus that resulted in mononucleosis as a teen may have triggered fibromyalgia, but actual onset came after completing a round of the antibiotic Cipro. While there is no cure, living a healthy lifestyle that includes a balanced diet and appropriate exercise helped Mishka to mitigate the symptoms.

“I walked a mile and a half every day, and I didn’t consume caffeine or sugar,” she explained. “I was able to work and liked my job – I worked for a busy law firm with a heavy caseload. It was a lot of work, but doable.”

According to Mishka, who lives in San Diego, she woke up one day in July with what felt like the flu.

“I couldn’t function,” Mishka said. “I thought it was strange because it was in the middle of the summer and people don’t typically get the flu in the summer. I just never got better.”

After a visit to the rheumatologist, Mishka was told she had chronic fatigue syndrome, or CFS. CFS is a chronic medical condition characterized by a myriad of symptoms including prolonged, extreme exhaustion, fatigue, and post-exertional malaise. Rest does not ease symptoms, which can come and go.

“My life has been turned upside down,” explained Mishka. “I feel trapped in my own body.”

Mishka has experienced issues with insurance ever since her CFS diagnosis. After being unable to return to work due to CFS and subsequently losing her job and in turn her health insurance, she went on Medi-Cal which provided several coverage options, one of which her rheumatologist accepted. However, Mishka was eventually forced to switch to Care1st, owned by Blue Cross of California, after her rheumatologist stopped accepting the original plan she’d chosen through Medi-Cal.

“They have repeatedly denied medications, treatments, and referrals,” Mishka said of the Care1st Blue Cross plan. “They told me I couldn’t see an infectious disease doctor, even though that’s who is most qualified to treat my illness. It took them eight months to allow me to see a rheumatologist. It’s been surreal.”

Experiencing extremely strong CFS symptoms, Mishka says she’s lost family and friends through the entire process, explaining that they are unable to deal, cope or understand her disease. However, she has used her blog and Twitter to connect with other CFS patients.

Said Mishka: “Social media has become means of survival. I don’t know what I’d do without it.”

Since connecting with other patients online, Mishka has been inspired by other CFS patients’ perseverance.

“A lot of people make a choice,” explained Mishka. “It’s amazing on social media to see how people learn to live and survive despite it all. When you’re withdrawn from the world because you’re no longer able to regularly leave your home it’s incredibly lonely, but when you go online it’s nice to know that you’re not invisible and you can still have an impact by giving and receiving support.”