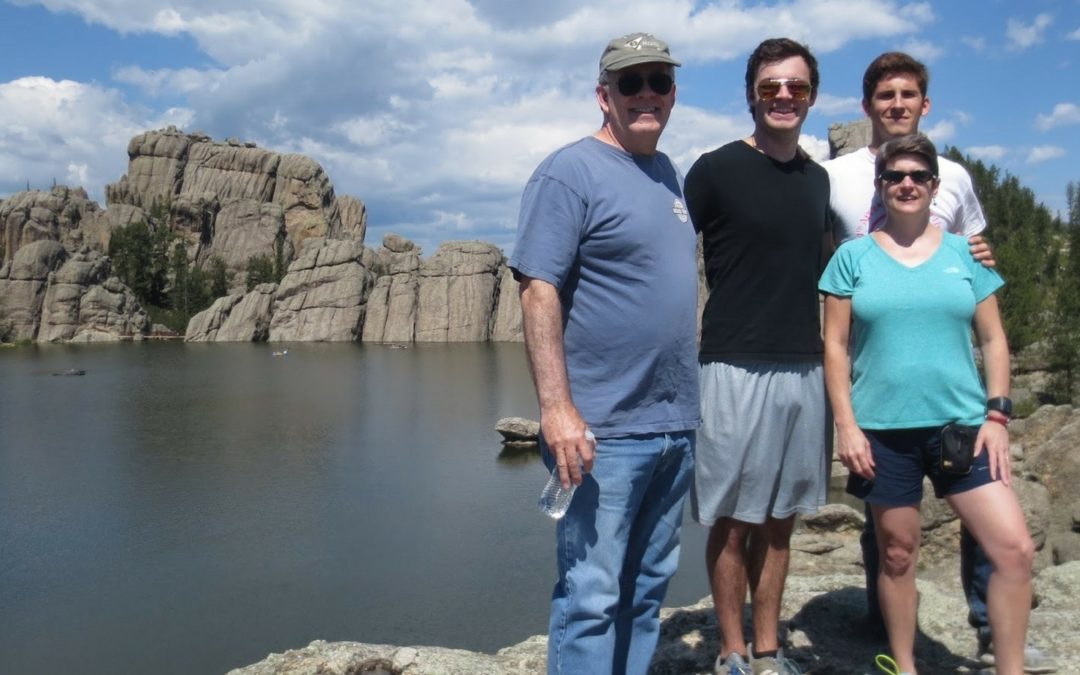 Sue Jackson has been living with myalgic encephalomyelitis, or chronic fatigue syndrome (CFS), since March 2, 2002.

“The vast majority of ME/CFS patients can tell you the exact day it starts. There is often some trigger or infection – it’s an immune disorder and we’re genetically predisposed,” explains Jackson, who lives in Delaware. “I felt like I had the flu one day and it never went away.”

ME/CFS is a debilitating chronic disease that affects  800,000 to 2.5 million Americans. While symptoms vary, they include extreme exhaustion, joint pain, inflamed lymph nodes and severe headaches, as well as sensitivity to light, sound, odors, foods and medication.

After experiencing symptoms for nearly a year, Jackson decided it was time to change doctors. When she went to see her new doctor for the first time, she brought a three-ring binder that included graphs detailing her symptoms and their severity depending on the day.

“The first time I met with my new doctor and showed her the three-ring binder, she knew exactly what it was,” explains Jackson. “She had treated several other CFS patients and diagnosed me almost immediately.”

For Jackson, it was an emotional adjustment to recognize that she had a chronic illness: “The first year, I kept on thinking I’ll get better.”

Then, in 2004, both of Jackson’s sons began to show symptoms.

“My older son, who was 10 at the time, had symptoms nearly identical to mine. I knew immediately that he also had CFS but didn’t want to admit it. My younger son, who was 6, had very different symptoms – neck and back pain, frequent headaches – which I learned was common in younger children.”

She and her sons were also diagnosed with orthostatic intolerance, or OI. Those with OI lack the ability to maintain basic functions when standing upright, such as maintaining blood pressure, cerebral blood flow and consciousness. To stand even for short periods of time is an incredible stressor. Both of Jackson’s sons, as well as Jackson, received treatment for OI, and their quality of life immediately improved. While Jackson’s younger son is currently in remission, her older son was also diagnosed with Lyme disease and two other tick infections, and continues to battle multiple health conditions.

With two young sons suffering from ME/CFS, Jackson hoped that their schools would work with their family to accommodate them. Unfortunately, Jackson quickly learned that she would have to fight for her sons to receive appropriate accommodations every year.

“Each year there would be someone on staff who wouldn’t help. I truly believe I made myself sicker by trying to advocate for my sons,” says Jackson. “When my sons were in high school, we learned about educational advocates and brought one into a meeting with us. It was like waving a magic wand – the staff was stumbling over themselves to help us.”

With three ME/CFS patients in her family, Jackson says she’s been fortunate to have insurance. However, she estimates that her family’s out-of-pocket medical expenses are over $20,000 annually – mostly due to out-of-network doctor visits, but also in-network visits, deductibles, medications that aren’t covered, and many necessary supplements. Insurance companies have raised their out-of-network deductibles to the point where it’s nearly pointless.

“Because of my experience, I started to blog,” Jackson says. “As we found treatments that helped our family, I began to realize that most people don’t know about ME/CFS and the available resources. I started my own local support group, which has grown to include more than 30 families. I also started an online support group on Facebook for parents of children, teens, and young adults who have ME/CFS and related illnesses. Our Facebook group includes patients from all over the world and is now a place for people to share their experience with other patients.”

The Chronic Disease Coalition believes patients should be able to receive the care they need to treat their condition. To become an advocate, join us.