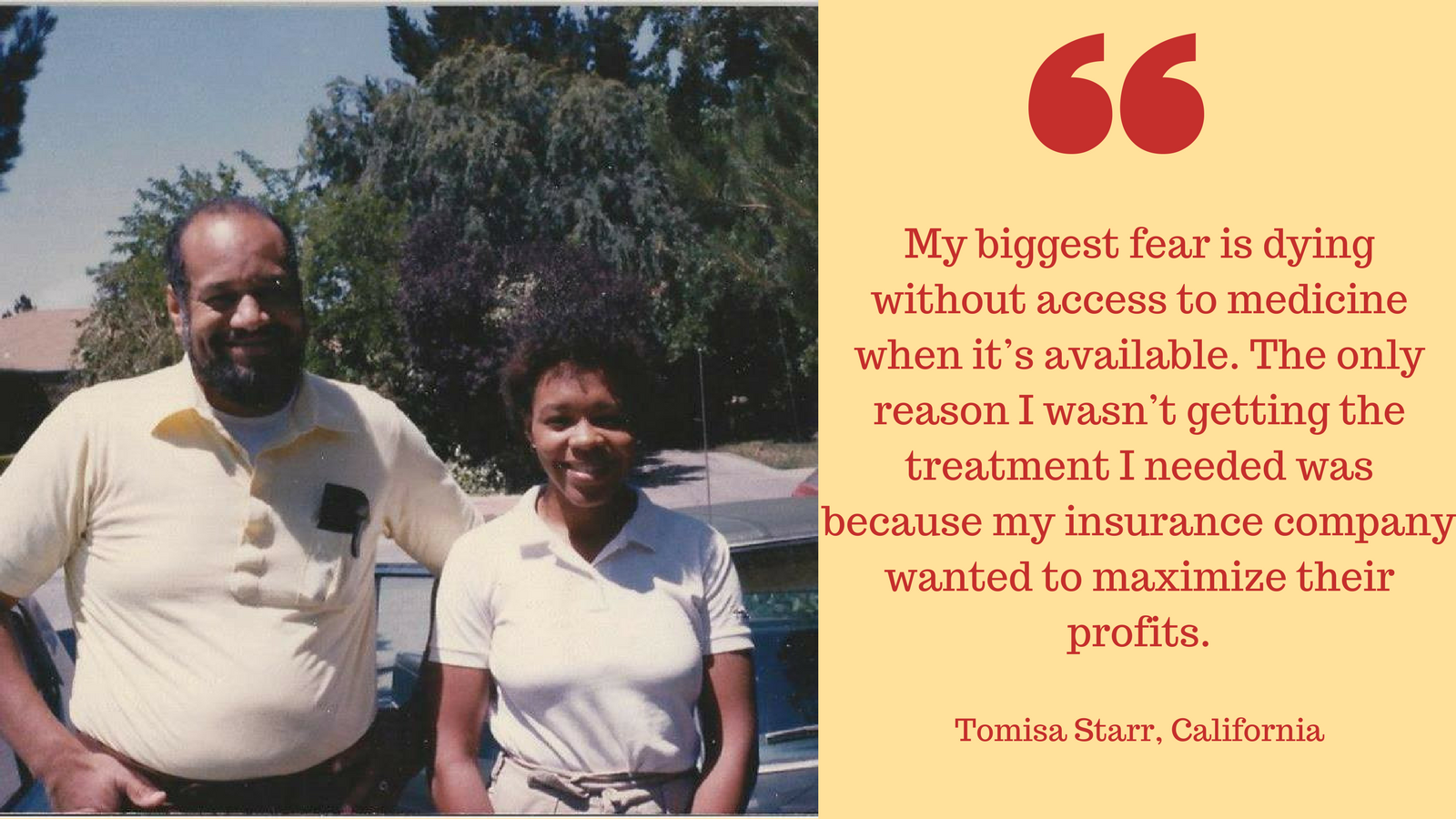 Few people are likely to know as much about scleroderma as native Californian Tomisa Starr. Diagnosed with the autoimmune disease in 1993, Starr has devoted much of her free time to educating herself about scleroderma after learning the hard way that sometimes you must be your own best advocate.

While estimates indicate that nearly 300,000 Americans have scleroderma, the disease remains difficult to diagnose – often requiring consultation from both dermatologists and rheumatologists. Starr experienced this difficulty firsthand when she began to notice scleroderma symptoms after her daughter was born.

“My skin was changing, I had extremely bad acid reflux and I remember telling the doctors I couldn’t function because I was so tired,” said Starr. “They just ignored me, claiming that there was nothing wrong, all new mothers experience this.”

Starr knew there was something more to what she was feeling and visited numerous doctors and dermatologists until she was finally diagnosed with a mild form of scleroderma known then as CREST. Starr didn’t know it at the time but said she later learned her Health Maintenance Organization (HMO) plan insurer, Kaiser Permanente, withheld abnormal test results suggesting a far more serious health condition.

“To justify the diagnosis, specialists intentionally ignored serious heart and lung involvement detected in my pulmonary function and Holter monitor tests – I was never told of these abnormal results,” she said.

Instead, Starr’s test results indicated diffuse systemic scleroderma – a more serious condition that can lead to hardening of connective tissue and internal organs. Yet, when she started to experience changes in her condition, the specialists continued to stick with their original diagnosis. Her condition worsened.

An HMO insurance plan only allows patients to see providers within their network, and Starr didn’t have the financial means to seek the opinion of a provider outside of her network.

“My biggest fear is dying without access to medicine when it’s available,” said Starr. “The only reason I wasn’t getting the treatment I needed was because my insurance company wanted to maximize their profits.”

Deciding it was time to take matters into her own hands, Starr emailed Dr. Virginia Steen, a professor at Georgetown University who specialized in the treatment of scleroderma. After meeting with Dr. Steen, Starr’s condition was confirmed – she had diffuse systemic scleroderma. Dr. Steen wrote a letter to her insurance company, and Starr was finally able to get the treatment she needed.

“For years I had been yelling in a hurricane; I had to fight for everything that I received,” Starr said. “I don’t think that patients are getting what is their right by law. Every patient should learn about their illness and be a well-informed consumer of care. If we don’t advocate for ourselves, we can’t expect our insurance companies to.”

Starr is still battling to receive coverage for treatment of lung and heart complications resulting from scleroderma. Her story is a reminder of the perseverance demanded by all chronic disease patients who must manage their disease while battling their insurance companies to receive proper care. While it can seem like an uphill battle at times, the Chronic Disease Coalition is here to help – you are not alone.