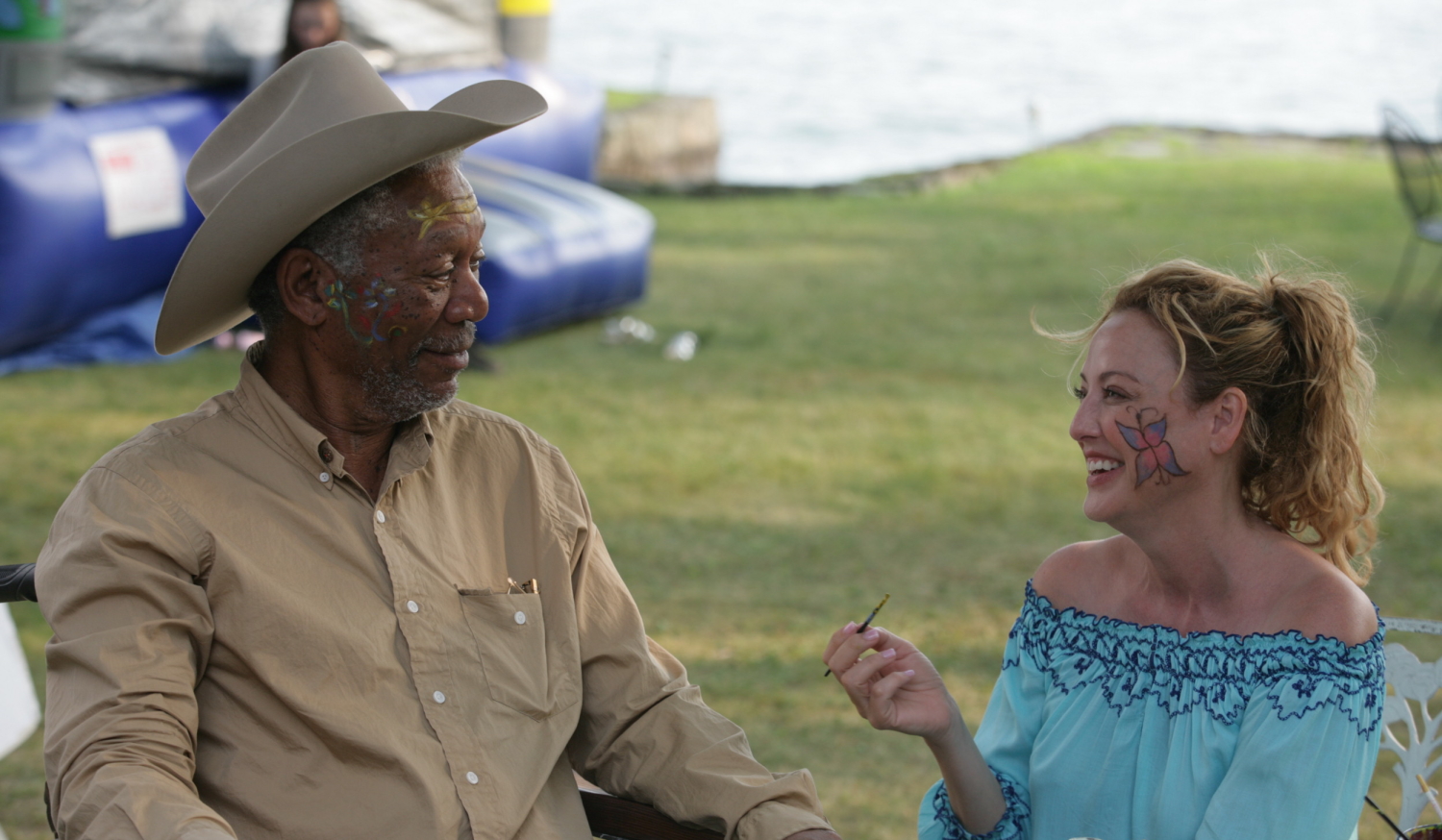 Chronic diseases continue to be among the leading causes of death each year in the United States. While you often can’t outwardly identify people with a long-term or chronic disease, about 133 million Americans are living with one or more chronic health conditions, and you never know who they might be: a neighbor, a friend, a co-worker, an admired celebrity.

An actor on NBC’s hit show “The Blacklist” and Hulu’s “The Path,” Clark Middleton got his start acting in the television drama “Law & Order.” He has since continued to be a part of the drama genre, appearing in movies like “Sin City” and “Kill Bill Vol. 2.”

At the age of 4, Middleton was diagnosed with juvenile rheumatoid arthritis. As a child he was hospitalized three times for his condition and has since received 10 joint replacements and numerous surgeries.

Without the support from his father, Middleton may not have survived. In an article published in the magazine Arthritis Today, Middleton spoke about moving to a warmer climate to save his life.

“I will never forget riding in that ’55 station wagon on our voyage to Arizona,” he said. “My joints were so swollen that my dad created a bed in the back for me to lie down. He would brake very slowly at the hundreds of stoplights along Route 66 to avoid [causing] me pain.”

Sarah Hyland is fondly known for her role on as Haley Dunphy on ABC’s hit show “Modern Family.” Here, Hyland portrays the life of a happy, energetic and sometimes ditzy young adult. However, her real life isn’t so picture perfect.

After battling kidney dysplasia – a kidney abnormality developed in the womb – most of her life, Hyland received a transplant in 2012 from her father. But the donated kidney hasn’t ended Hyland’s challenges from kidney disease.

As for her work and life, Hyland doesn’t let her condition slow her down.

“You know, if you’re sick, you still go to work,” she said in an interview with ABC news. “And in between takes, you sit down, or you lay your head down or something.”

Missy “Misdemeanor” Elliot, a renowned rapper, dancer and record producer, has many accomplishments, among them securing the No. 3 spot on the Billboard 200 list with her debut album “Supa Dupa Fly” in 1997. Since then, Elliot has collaborated with artists like Timbaland and Pharrell Williams.

Elliot suffers from Graves’ disease, an autoimmune disorder that causes overproduction of thyroid hormones. Like most chronic diseases, Elliot’s condition is associated with a number of symptoms.

“It causes hair loss, your eyes bulge,” Elliot told Billboard magazine. “My blood pressure was always up from just overworking.”

There was a time when Graves’ disease began to dictate Elliot’s life. Sharaya J, a dancer and rapper on her label, spoke about Elliot’s experience and the challenges of being in the public eye while dealing with a chronic health condition.

“It started to change her way of life,” she said. “There were physical changes, extreme headaches, extreme weight loss. What that does to a person, being a public figure and knowing people are looking, judging? That’s a tough thing.”

Best known for his start with the American pop rock band, The Jonas Brothers, Nick Jonas split off from the boy band to become a solo artist and actor. His song “Jealous” climbed to No. 7 on the US Billboard Hot 100.

Jonas, who has Type 1 diabetes, helped found a philanthropy in 2015 called Beyond Type 1. He uses social media to educate, support and empower those who live with diabetes. Every dollar raised goes directly to support advocacy, research and education for Type 1 diabetes.

In an interview with Medline Plus, Nick offered this motivational message to those with diabetes: “Know that you can still do anything you want to do with your life. I didn’t let it slow me down, and you don’t have to either. Also, don’t become discouraged. It’s tough, because it is such an unpredictable disease from day to day. Even when you think you have a really solid grip on how to manage it, there are times that your body just does what it wants. So be patient and don’t get frustrated.”

With a voice and acting prowess recognized by all, Morgan Freeman is perhaps best known for his roles in “Million Dollar Baby,” “The Shawshank Redemption” and “Driving Miss Daisy.” Freeman’s success has not gone unnoticed, and he is ranked the fourth highest-grossing box office star.

Behind the deep voice is man suffering from fibromyalgia, a condition characterized by widespread musculoskeletal pain. Often, fibromyalgia manifests after a traumatic accident. In 2008, Freeman was in a car accident that left him unable to use his left hand.

While Freeman tries to live a normal life, he described his pain from fibromyalgia as “excruciating” during an interview with Esquire. He can no longer spend time doing some of the things he loves, like riding horses and flying airplanes.

“There is a point to changes like these,” he told Esquire. “I have to move on to other things, to other conceptions of myself. I play golf. I still work. And I can be pretty happy just walking the land.”

While you grow up being told to “just be yourself,” Alec Baldwin has recently spent a lot of time impersonating President Donald Trump on Saturday Night Live. Known for his comedic personality, Baldwin is an actor, producer and writer.

It might surprise some to learn that Baldwin has continued to battle Lyme disease – a disease caused by bacteria from a tick bite. A frequently misunderstood condition, the standard treatment for Lyme disease is only covered by insurance companies for four to six weeks – not providing enough time to properly treat the disease, and causing many patients to relapse.

Unfortunately Baldwin is all too familiar with this type of relapse.

“I got the classic Lyme disease (symptoms) for each successive summer, for five years, every August, like this black lung, flu-like symptoms, sweating to death in my bed,” Baldwin told People magazine. “The first round (was the worst), and then it diminished, at least that’s how I perceived it.”