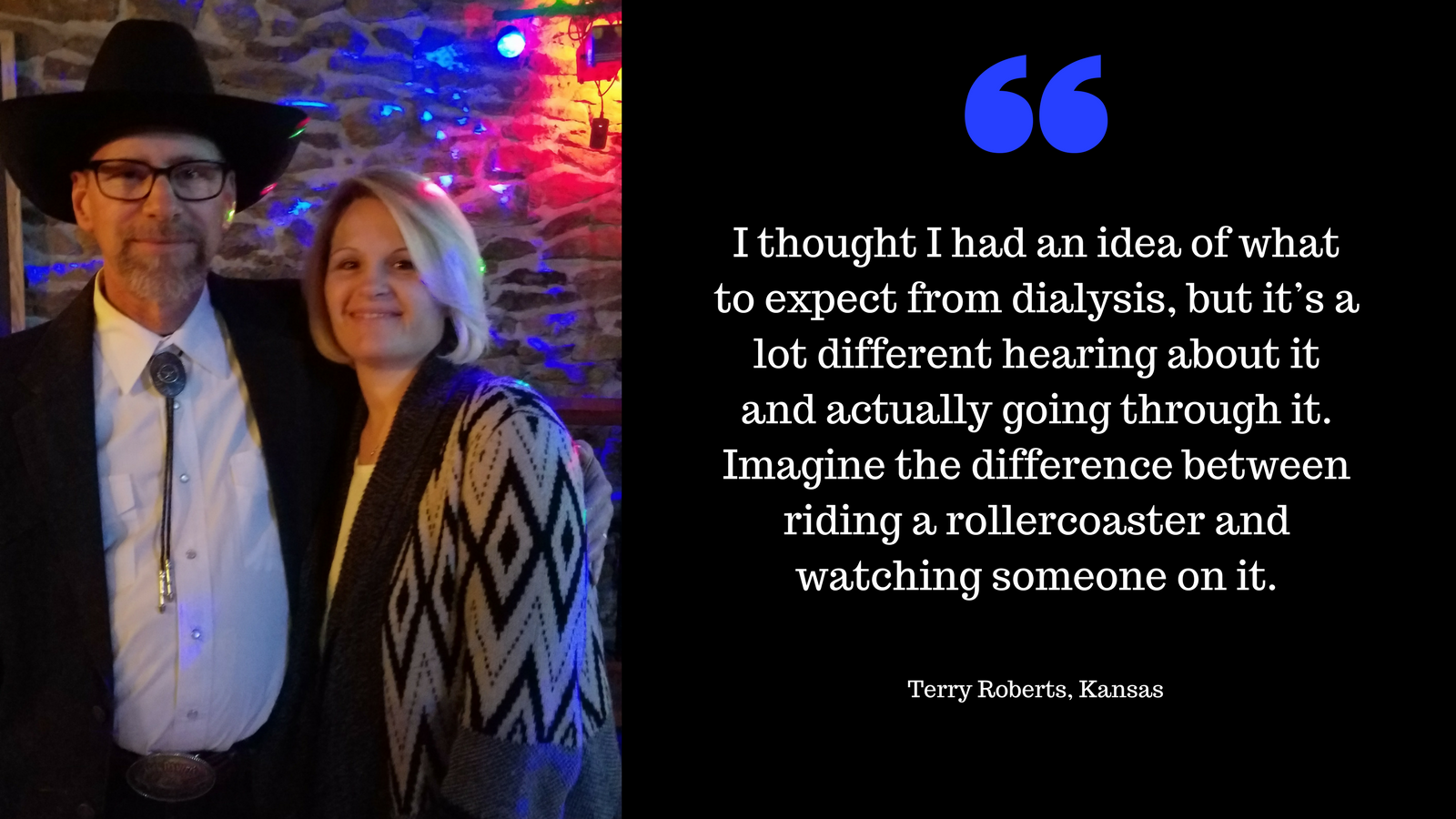 Living in rural Kansas, Terry Roberts works full-time, battles his kidney disease and still manages to find time to spend with his family.

At 16 years old, Roberts spent much of his time on the football field – he was active and energetic until he started to notice some changes. He began to feel sluggish and tired, prompting him to go to the hospital, where they ran tests to see if he had polycystic kidney disease like his father and sister did. His results came back negative at the time.

Autosomal dominant polycystic kidney disease (ADPKD) is a genetic disease where fluid-filled cysts develop and enlarge in the kidneys, inevitably causing kidney failure. According to the Polycystic Kidney Disease Foundation, patients with ADPKD have a 50 percent chance of passing it along to their children, and Roberts was unlucky – he just didn’t know it until nearly a decade later.

“When I was 25 years old, I was in a lot of pain – I finally went to the doctor, and they noticed I had high blood pressure and diagnosed me with polycystic kidney disease,” he explained.

Despite watching his dad and sister battle the disease and learning about their experiences, Roberts wasn’t prepared for what would happen when his kidneys failed and he began dialysis.

“I thought I had an idea of what to expect from dialysis, but it’s a lot different hearing about it and actually going through it,” said Roberts. “Imagine the difference between riding a rollercoaster and watching someone on it.”

When Roberts began dialysis treatment, his medical bills started to add up. Thankfully, he was approached by a social worker who introduced him to the American Kidney Fund’s (AKF) charitable assistance program. This program and others provide crucial financial aid for patients who otherwise wouldn’t be able to pay for their care.

“We are strapped financially right now, and it is an absolute blessing to have AKF cover my insurance premium costs,” said Roberts.

Unfortunately, Roberts may not have access to charitable assistance in the coming year. Right now, insurance companies in 41 states have stopped accepting payments from charitable programs on behalf of patients.

The Chronic Disease Coalition and many others are dedicated to making sure that patients like Terry Roberts continue to have access to these charitable programs. Join our efforts by taking action to support the Access to Marketplace Insurance Act, or H.R. 3976, requiring that insurance companies accept payment from charities.