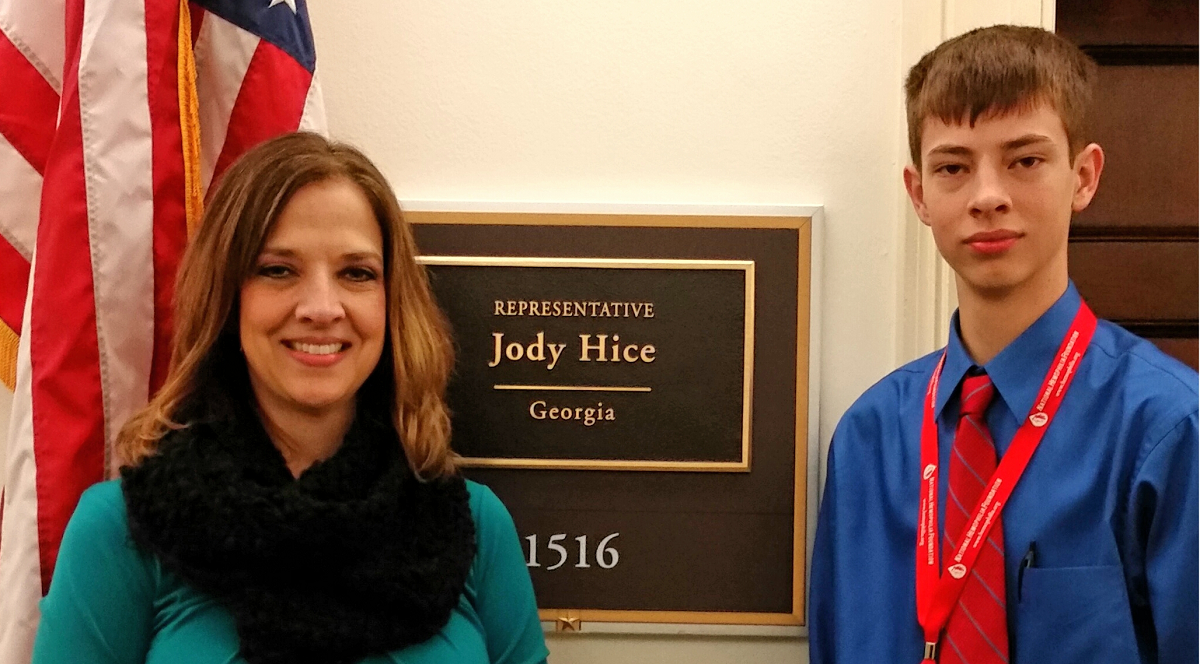 Georgia resident Stormy Johnson is a mother, an ambassador liaison for The Women’s Bleeding Disorder Coalition, part of Hemophilia of Georgia’s camp leadership team, and a strong patient advocate for all people living with hemophilia or bleeding disorders.

“I’ve always been a huge advocate for my son, never thinking about myself until I was diagnosed,” Johnson said.

Reflecting on the many symptoms and early signs of bleeding disorders, Johnson realized that many of the tell-tale signs had been dismissed by her doctors early on as simply being “female problems.” A wake-up call but also a sad reality, Johnson quickly learned that she had to advocate for herself to ensure her voice was heard.

“Although I started out advocating for my son and everyone with a bleeding disorder, women are not being treated equally,” she said. “Even if they get diagnosed, there’s no guarantee that they will receive the medical treatment they need.”

A longtime patient advocate, Johnson continues to find ways to be more involved in her community, both locally and nationally, and Johnson’s family is following in her footsteps.

Now 18 years old, her son, Collin, is one of Hemophilia of Georgia’s Leaders in Training and is deeply involved in workshops, activities and challenges designed to cultivate advocacy skills and strategies while preparing him to become a future leader. Joining the family effort, Johnson’s daughter, Whitney, is also a passionate advocate and previously served on Hemophilia of Georgia’s junior board. She currently volunteers with summer and family camps.

Whether it’s serving as the ambassador liaison for The Women’s Bleeding Disorder Coalition, participating in a Hemophilia Federation of America Symposium, going to Washington, D.C. for advocacy days or encouraging other women to use their voices, Johnson does it all – though she never saw this life coming.

“I never thought I would be doing this, but once my son came along, I learned quickly to start standing up for our health care needs,” she said. “Once I was diagnosed with hemophilia and saw how women were being treated by doctors, I wanted to do something about it.”

Although Johnson began her advocacy journey in Georgia, she has big dreams to help advocate, increase awareness and expand resources for everyone living with hemophilia and bleeding disorders in the United States. Far from just talk, Johnson is now taking on a larger role with The Women’s Bleeding Disorder Coalition, greatly increasing the organization’s efforts to expand programming and improve resources throughout the country.

Among its many community resources, Hemophilia of Georgia provides assistance to patients to help pay deductibles and co-pays, as well as providing funding to Patient Services, Inc. to help patients pay insurance premiums. Johnson said she and many others have benefited greatly from this assistance — showing the increasing importance of charitable assistance despite health insurance companies’ efforts to prohibit the programs that help pay patients’ premiums.

Johnson said charitable assistance, whether to help cover premiums or other costs, is valuable for the hemophilia community: “A lot of nonprofits and pharmaceutical companies have programs to help with deductibles and co-pays, which has been a huge blessing. We aren’t sick enough for Medicaid or Medicare, but I sure don’t have tons of money lying around to pay our medical bills. A recent bill for one month of my son’s medication was $31,780.”

As Johnson continues to grow in her advocacy role within the hemophilia and bleeding disorders community and to raise awareness, she’s reminded of why she became involved with advocacy in the first place – why speaking up matters.

“Knowledge is power – I’ve always felt that,” she said. “If you want change, you can’t sit back and wait for everyone else to do it for you. You have to find your voice. Change won’t happen without you.”